Public investments should be a key to addressing the so-called secular stagnation being seen in developed countries, the study says 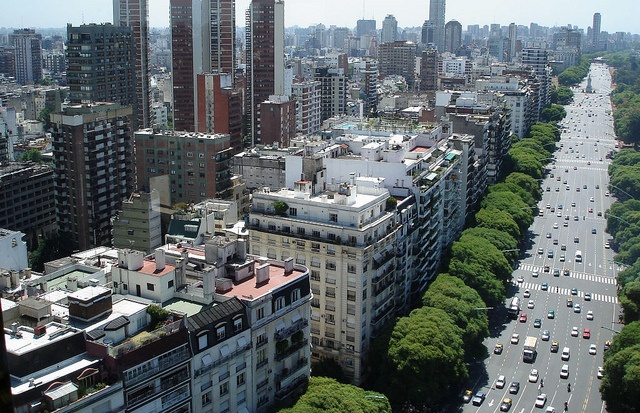 Wealthy nations need to increase public expenditure, raise wages and boost demand to revive their economies and attain a stable growth path at a time when they are grappling with shortage of demand, the United Nations Conference on Trade and Development (UNCTAD) said in a report on Tuesday.

The study, “Trade and Development Report, 2015,” states that the phenomenon of “secular stagnation” has returned to the spotlight. According to the report, secular stagnation is a situation where advanced economies experience long-term slowdown in economic growth unrelated to normal economic cycles.

Increase in public expenditure, such as on infrastructure, has been shown to have very substantial positive multiplier effects in stagnating economies, and so public investments should be a key instrument for addressing the so-called secular stagnation now being seen in developed countries as well, the report says.

The report predicts that the growth in the global economy for 2015 will remain more or less unchanged from last year's at 2.5 per cent, reflecting a slight acceleration in developed economies, a moderate deceleration in developing economies and a more severe decline in economies in transition.
The growth rate is significantly lower than the 4per cent average of the pre-crisis years (2003-2007), it adds.

According to UNCTAD, the failure of growth in many developed countries to regain their pre-crisis momentum, despite several years of accommodative monetary policy, has created a “new abnormal”.

According to UNCTAD’s Secretary-General Mukhisa Kituyi, eight years following the financial crisis, the world has clearly not found how to shift gears for global inclusive and sustainable economic development.

Growth in developed nations
The report expects developed countries to grow at around 1.9 per cent in 2015 compared with 1.6 per cent in 2014, mainly due to stronger domestic demand, with household consumption boosted by lower energy prices and higher house and equity prices. It also says that employment growth in some countries, notably Germany, Japan, the UK and the US has also helped.

While saying that a progressive income policy increases demand, creating outlets for private investment and resulting in wider benefits, the report states that higher wage incomes reduce the financial pressure on pension schemes and allow households to increase their consumption spending without adding to the household debt.

Inflation and growth forecast
The report projects inflation to remain below the target in most developed countries, despite monetary policies remaining expansionary, with low interest rates in all developed regions and additional quantitative easing programmes launched in the Eurozone and in Japan.

“Inflation is expected to remain below targeted rates in most developed countries, in part because bank credit has stalled and wages remain subdued,” the report adds.

None of these factors look like robust growth drivers and warning signals have started flashing over the summer months of 2015, it adds.

Doubts remain, in particular, over the strength of European and Japanese recoveries, the report states, adding that even in the US, where the post-crisis recovery looks most solid, household balance sheets remain fragile and the appreciating dollar is hurting the contribution of net exports to gross domestic product growth.

The report adds that balanced recovery cannot be achieved by exclusively relying on “structural reforms”, aimed at correcting rigidities in product and labour markets and improving international competitiveness.

World trade is in the doldrums and exports cannot contribute to a generalised recovery without a robust expansion of global demand, and in particular, a willingness by surplus countries to do more, the report says.

World trade scenario
Between 2012 and 2014, world merchandise trade grew between 2 and 2.5 per cent which is similar to the rates of global output. These growth rates are significantly below the average annual rate of 7.2 per cent recorded during the 2003-2007 pre-crisis period, it adds.

In 2014, world merchandise trade, at current prices, remained almost stagnant by growing only 0.3 per cent due to significant fall in prices of major commodities.

Preliminary estimates for 2015 indicate a mild increase in the volume of merchandise trade which can grow at a rate close to that of global output, the report says.

“If secular stagnation originates on the demand side, containing labour income and reducing public spending could worsen rather than solve the problem,” the report states.

Overall, developing countries' growth is forecast to decline to around 4 per cent in 2015, continuing a slowdown that began in 2011 after what seemed to be a robust recovery from the crisis in 2008-09, when annual growth reached 7.8 per cent in 2010.

“That forecast, though, hangs on robust growth in the Asia region, downside risks could push the figures sharply lower in the final quarter of 2015,” the report adds.

Call for fresh policy thinking
The report calls for a monetary and fiscal policy mix aimed at better managing private capital flows, in particular those of an unstable or speculative nature, and their macroeconomics effects. This is to help developing countries face the challenges and enhance the gains made from integrating into global financial markets.

The report says that the effectiveness of policy tools designed to manage growth and development is also being limited. Also, increasingly large and volatile capital flows have expanded vulnerabilities to external shocks.

Emphasising on an internationally-coordinated policy response to manage the persistent volatility of financial short-term flows, Kituyi said, “With developing countries contributing over 60 per cent of global growth since 2011, the knock-on effects of recent emerging market difficulties could be widely felt.”

The report calls for measures at the national level, including judicious use of capital controls and credit allocation policies, which need to be supplemented by global measures that discourage the proliferation of speculative financial flows and provide more substantial mechanisms for credit support and shared reserve funds at the regional level.

With recessions in Brazil, the Russian Federation and South Africa and signs of weakening in China, global investors, already anticipating a hike in interest rates in the US and a continuing fall in commodity prices, moved briskly to exit emerging economy equity and bond markets, the report adds.

“Such a mechanism aims not only at facilitating an equitable restructuring of debt that can no longer be serviced according to the original contract, but also helps to prevent financial meltdown in countries facing difficulties servicing their external obligations,” Kituyi said.

Calling the current system of sovereign debt resolution fragmented and ad-hoc, the report says it has created a situation in which national governments are left to their own devices to face a multitude of private creditors, some of whom seek to exploit the current vacuum of international rules and action to speculate on sovereign debt, using litigation to extract exorbitant profits.

Bolder financial regulation
The report argues that the international monetary and financial system needs to undergo its own makeover to ensure more stable and predictable conditions for real investment. It says that making the ambitious post-2015 development agenda feasible requires transforming rather than just fine tuning existing financial rules and monetary arrangements.

It calls for a strict separation of retail and investment banking, including at the international level as well as monitoring and regulating shadow banking.
Discrediting credit rating agencies, the report proposes a shift from “issuer pays” model to a “subscriber pays” model backed up by public sector involvement to avoid freerider issues and address the conflict of interest around credit rating.

It proposes that banks can assess for themselves the credit worthiness of borrowers and/or pay fees to a public entity that assigns raters to grade securities.

Long-term investment needs right kind of financing vehicles
The world economy is filled with liquidity and the cost of debt has never been so low, still many developing countries struggle to obtain sources of international finance for long-term productive investment, the report says.

The report adds that a dedicated government action is needed to correct this shortfall if ambitious development goals are to be achieved.