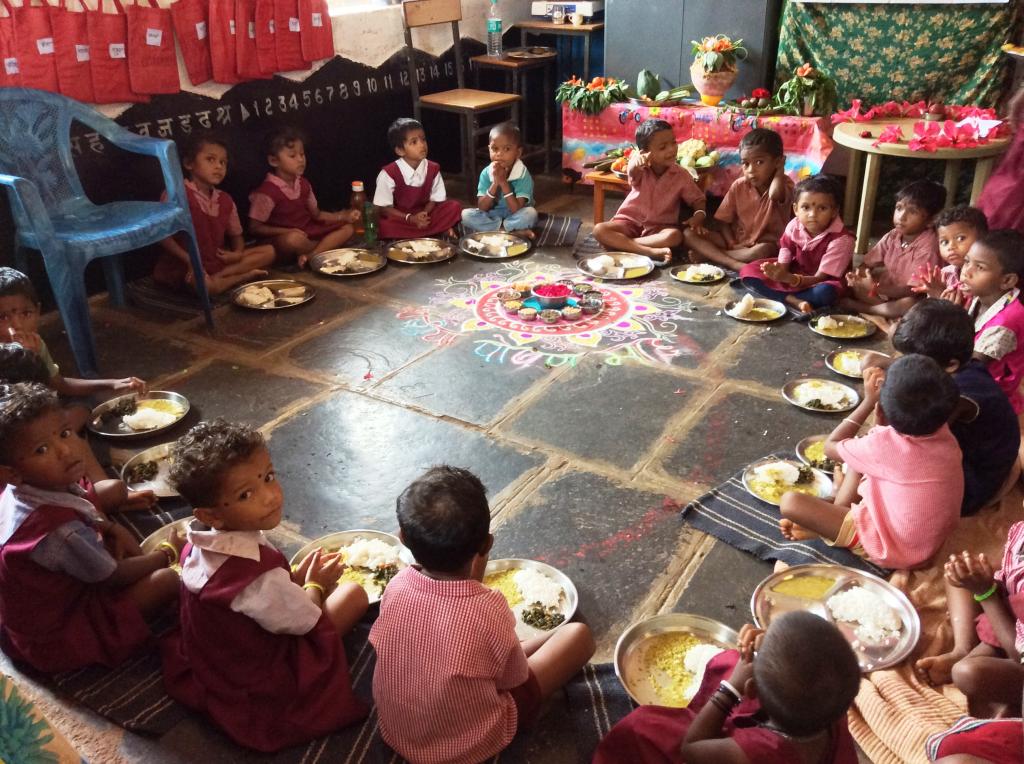 Yachika (18 months old) weighs only 7.4 kilograms, much below the 10 kg recommended for her age by the World Health Organization. She is not alone; several others in Rajnandgaon district of Chhattisgarh, which suffers from alarming rate of malnourishment among children, are in the same boat.

The district administration is working to fix the pressing issue through a special initiative: By providing four meals a day to malnourished children.

The initiative, which started July 1 in the district’s Manpur block, spread to Mohla and Chhuikhadan blocks by September. Anganwadi workers across these three blocks prepare meals for malnourished children and personally deliver them to homes that need them.

Rajnandgaon is the only district in the state to serve four meals a day to children due to high prevalence of malnourishment there, according to Renu Prakash, district programme officer, women and child development department.

“Yachika gets eggs in the morning under the intiative. Rice, dal, rotis and vegetables are served for lunch. Evening snack consists of apples or bananas and any one item prepared from a ready-to eat multipurpose flour. Dinner is the same as lunch,” said Archana Durgam, child development project officer, Manpur.

Durgam looks after all 325 Anganwadis or child day care centres in Manpur where lunch is served to children (0-6 years) every day.

The Anganwadis opened on July 26, 2021, and it was immediately underlined that children must be attended to due to their sensitive health condition, Durgam added.

“Yachika can also eat whatever is cooked at home, like light khichdi. It is a good sign that her weight is increasing slowly. She weighed 6.6 kg just before the launch of the intervention.”

Yachika’s mother Satyabai (in her early 20s) weighs 35 kg. She was weak and underweight during her pregnancy, Vijayi Rawate, an anganwadi worker, said. 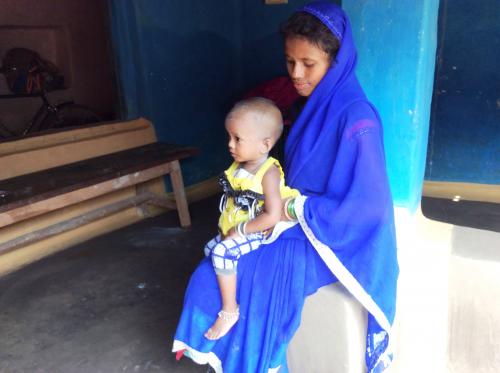 Satyabai's daughter Yachika (18 months) weighs 7.4 kg. She has been getting four-time meals as part of the district administration initiative. Photo: Deepanwita Niyogi

The district accounted for 17.2 per cent of children under five and who were wasted in the state, according to the National Family Health Survey 4. “The Suposhan Abhiyan made it clear that every district in the state will have to introduce specific programmes according to the availability of resources. No specifications were laid down in particular,” Prakash added.

Anganwadis have become focal points to disseminate knowledge about the importance of nutrition.

At anganwadi centre Khwasfarki 1, the nearest from Yachika’s home, mothers assembled with their children in the last week of September. Nutritious food items such as grains, pulses, fruits and vegetables were arranged on plates with flowers to educate them on healthy eating. An attractive rangoli was made on the floor.

Other food items such as idli and vada made from ready-to-eat powder were served to children. Durgam said a host of programmes are organised to spread awareness about food during the nutrition month, observed from September 1-30 every year.

Home visits are also carried out to supervise whether children are getting adequate nutrition. Rawate said as many as 30 children come over to the centre and stay from 9 am-3 pm every day. 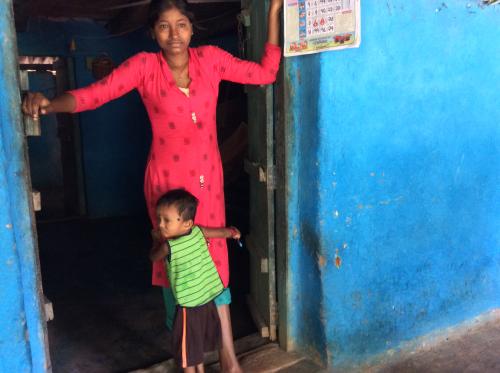 To spread the right message about nutrition, fresh fruits and vegetables procured from kitchen gardens in villages are kept at all anganwadi centres for display.

“Women like Satyabai are asked to start and nurture such gardens for supply of fresh food throughout the year. Locals can avoid buying food from markets and rely on their backyards and fields instead,” said Bhubaneshwari Yadav, in-charge of 36 anganwadis in her sector under the Manpur project.

Funding through non-profits is being mobilised to help children and end malnourishment in the remaining six blocks of Rajnandgaon. Manpur is home to 229 malnourished children who get special meals; Mohla has 191 and Chhuikhadan 350 such children.

The District Mineral Foundation funding for this initiative is Rs 1.74 crore for six months. Apart from children, 1,207 pregnant anaemic women are served hot meals once a day in these three blocks.