Women, children victims of obesity in Latin America and the Caribbean 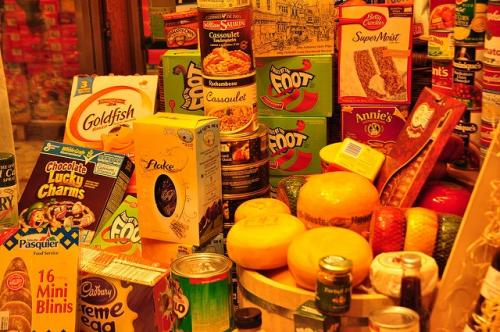 Women and children are the latest victims of obesity in Latin America and the Caribbean, a new report by the Food and Agriculture Organization (FAO) and the Pan American Health Organization says.

Around 360 million people (58 per cent) in the region are overweight, the Panorama of Food and Nutrition Security in Latin America and the Caribbean report points out. Bahamas (69 per cent), Mexico (64 per cent) and Chile (63 per cent) have the highest obesity rates. Barring Haiti (38.5 per cent), Paraguay (48.5 per cent) and Nicaragua (49.4 per cent), overweight affects more than half the population in all the countries of the region.

Women seem to have been the most affected as in more than 20 countries the rate of female obesity is 10 percentage points higher than that of men. Also, around 4 million children (just over 7 per cent) under the age of five are overweight.

According to FAO’s regional representative Eve Crowley, “The alarming rates of overweight and obesity in Latin America and the Caribbean should act as a wake-up call to governments in the region to introduce policies that address all forms of hunger and malnutrition and to do this by linking food security, sustainability, agriculture, nutrition and health.”

Ironically, though the region has made considerable progress in reducing hunger and stunting, obesity levels are high, thanks to shift in dietary patterns. People in Latin America and the Caribbean are consuming more ultra-processed foods due to urbanisation, high incomes and the integration of the region with international markets.

A regional overview report of Asia-Pacific points out such kind of dietary transition is not without paradox, as hunger and obesity exist together. According to a FAO expert, sedentary lifestyles and growing consumption of energy-dense, nutrient-poor foods and beverages, are leading to the obesity boom.

The solution lies in the promotion of healthy and sustainable food systems, interlinking agriculture, food, nutrition and health. Most food and nutrition experts are now advising countries to follow a diet based on locally-appropriate sustainable food production systems that has low environmental footprints. The promotion of fresh, nutritious food having easy accessibility and diversity can also bring about changes in consumer behaviour patterns and help tackle obesity. The 2013 State of the Food and Agriculture report says agricultural research must continue to pay more attention to nutrient-dense foods such as fruits, vegetables, legumes and animal products and to more sustainable production systems, stressing on good nutrition as it is the foundation for human health and well-being.

Some countries in Latin America and the Caribbean have taken leads in controlling overweight. While Barbados, Dominica and Mexico have approved taxes for sugar-sweetened beverages, Bolivia, Chile, Peru and Ecuador have introduced healthy food laws that regulate advertising and food labeling. A study carried out by FAO in Latin America and the Caribbean found that 14 out of 24 countries included in the analysis had used dietary guidelines to define national policy, plans and programmes.