WHO recommends a package of prevention approaches, including insecticide-treated nets, spraying indoor walls with insecticides and preventive medicines, for pregnant women, under-fives and infants 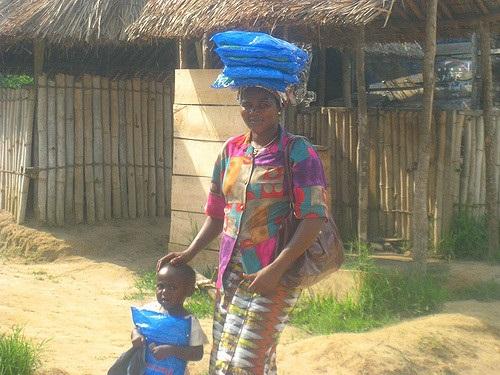 On the occasion of World Malaria Day, the World Health Organization (WHO) has urged accelerated scale-up of efforts to prevent malaria and save lives.

In sub-Saharan Africa, which shoulders 90 per cent of the global malaria burden, more than 663 million cases have been averted since 2001. Insecticide-treated nets have had the greatest impact, accounting for an estimated 69 per cent of cases prevented through control tools.

“WHO-recommended tools have made a measurable difference in the global malaria fight,” Margaret Chan, WHO director-general, said. “But we need a much bigger push for prevention—especially in Africa, which bears the greatest burden of malaria.”

WHO’s latest report points out gaps in prevention coverage, particularly in sub-Saharan Africa. An estimated 43 per cent of people at risk of malaria in the region were not protected by either nets or indoor insecticide spraying in 2015. Approximately 69 per cent of pregnant women in 20 African countries did not have access to the recommended three or more doses of preventive treatment.

Across the Sahel region, where most malaria cases and deaths among children occur in the rainy season, WHO recommends seasonal malaria chemoprevention, a preventive therapy shown to reduce new cases of severe malaria in young children by approximately 75 per cent. As of 2015, 10 countries, Burkina Faso, Chad, Gambia, Guinea, Guinea Bissau, Mali, Niger, Nigeria, Senegal and Togo, had adopted it policy and begun implementing it.

Though other regions have made substantial gains in malaria responses, the disease remains a major public health threat. In 2015, the global tally of malaria reached 429,000 malaria deaths and 212 million new cases.

In May 2015, the World Health Assembly approved WHO’s Global Technical Strategy for Malaria 2016–2030, a 15-year blueprint for all countries, working to control and eliminate malaria. The strategy set ambitious targets for 2030, including reducing malaria case incidence and death rates by at least 90 per cent, eliminating malaria in at least 35 countries and preventing the reintroduction of malaria in all countries that are malaria free.

Prospects for achieving the 2020 elimination target are bright: WHO’s “Eliminating Malaria” report, published in 2016 identified 21 countries with the potential to achieve at least one year of zero indigenous cases of malaria by 2020.