Jan Dhan Yojana: How the government started 15 million bank accounts in one day

The camps were mostly for accepting filled up forms, there is no guarantee when the actual account numbers would be generated 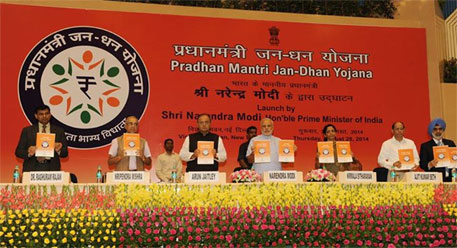 The launch of the Pradhan Mantri Jan Dhan Yojana (PMJDY) on August 28 was touted as a big success by the government. The government had set a target of opening 10 million bank accounts on the day of launch of the revamped financial inclusion (FI) plan to provide all people in rural India access to banking and formal financial services.

The government press release issued after the event claimed the results exceeded expectations. The total number of accounts opened on August 28 was nearly 15 million for which 77,000 special camps were organised by banks, the government said.

There is no certainty about how the number of accounts swelled to 15 million, but there are reports of mass filling up of forms, people seeking to open new accounts in bank branches where they already hold accounts and multiple forms being submitted by one person in different camps. Filling up and submission of forms on mass scale to meet targets is not a new phenomenon, but generating account numbers holds the real challenge.

Down To Earth had earlier reported in detail about the difficulties in opening of accounts. The article had reported how bank account numbers were not generated for over three months after applicants submitted duly filled up forms and details.

According to information, preparations for the launch of PMJDY started from August 15 and banks were instructed to process all pending applications to clear the backlog. These people were to be given their account numbers on August 28.

A banking correspondent (BC) gave some additional insight into how the government set about achieving its target. “We were given targets to fill new forms of 150 households accounts before August 28 and submit it to the nearest bank,” said Dharmendra, a BC at Barkotikala panchayat of Sagar district. “On August 28, people went to camp only to collect their account numbers for which they had applied much earlier,” he added. 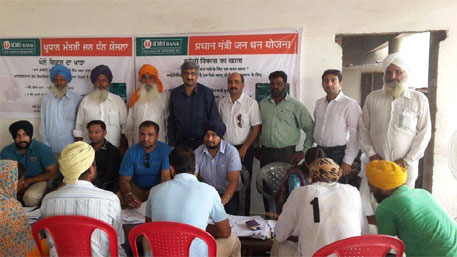 Formality on paper?
The story is more or less similar across the country. A resident in Arai panchayat of Aurangabad district in Bihar revealed how a close relative who is also BC took his family members' names and details, for opening accounts even though they already have accounts in different banks.

“It is an effort to increase number of accounts on paper. How much villagers will benefit from this effort no one knows,” said Rajneesh Kumar, a teacher at a government school.

Some bank personnel also made some revealing disclosures.

“When we reached the camp site at 8 am,” said Mahendra (name changed), an employee of a nationalised bank based in Mau district of Uttar Pradesh, “there was confusion among public that government would be depositing Rs 5,000 for opening of accounts.”

“So everyone filled up and submitted forms even though they already held accounts.”

Mahendra added that one account holder even submitted two filled up forms to two different officials of the same bank. He even filled up and submitted forms to other camps. “Out of 1,000 forms, we found 10 per cent forms had been filled by the  same person. We have not yet counted the number of forms filled by existing account holders. There is no data available of how many of them filled forms at other camps also,” he said.

A senior official of Lead Bank in Sagar district spoke of other problems in expanding operations. “Without increasing manpower in the banks, incentivising banking correspondents and solving technical challenges, the dream of universal financial inclusion will remain on paper,” he said.

“We have done our part of job. We collected many filled up forms with help of camps and will feed the information into the computer in coming months and generate accounts,” he said on condition of anonymity.