Altogether, 10,564 people were infected and 4,716 lost their lives in the West African countr 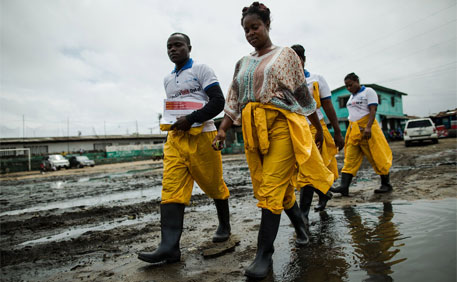 The World Health Organization (WHO) has declared Liberia, a West African nation, free of Ebola virus transmission. The health agency made the announcement after 42 days passed since the last confirmed case was buried on March 28.

This is a significant achievement for a country that reported the highest number of deaths due to the deadly disease. Altogether, 10,564 people in Liberia were infected by the disease and 4,716 people lost their lives. The present global toll stands at around 11,000.

The last case
Liberia’s last Ebola victim was a woman in greater Monrovia area. She developed symptoms on March 20 and died a week later, WHO said in a press release recently.

“Interruption of transmission is a monumental achievement for a country that reported the highest number of deaths in the largest, longest, and most complex outbreak since Ebola first emerged in 1976,” the statement read.

Nevertheless, health officials have maintained a high-level of vigilance for new cases after the last case. During April, the country’s five dedicated Ebola laboratories tested around 300 samples every week, but all test results were negative.

UN keeps up vigil
The UN health agency is still keeping an eye on outbreaks in Guinea and Sierra Leone, Liberia’s neighbours and two other affected West African countries. Chances are high that infected people from these two countries may get into Liberia, taking help of the region’s porous borders.

“The government is fully aware of the need to remain on high alert and has the experience, capacity, and support from international partners to do so,” the WHO statement read.

The international health agency said it would maintain an enhanced staff presence in Liberia until the end of the year.

Peak of transmission
At the peak of transmission, which occurred during August and September last year, Liberia was reporting around 300 to 400 new cases every week. Though the capital city, Monrovia, was the hardest hit, every one of Liberia’s 15 counties reported Ebola cases. At one point, there were virtually no treatment beds for patients available in the country.

Despite several problems, doctors and nurses continued to treat patients, even when supplies of personal protective equipment were inadequate. Local volunteers, burial teams and ambulance drivers were driven by a sense of duty to end Ebola, according to WHO.