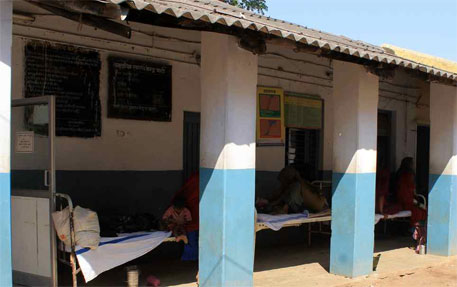 The Maharashtra government has decided to terminate the services of around 265 striking doctors, who are among the 12,000 government medicos on strike since July 1, demanding better pay and working hours, among other things. But the Maharashtra Association  of Gazetted Medical Officers (MAGMO), which is leading the strike, is showing no sign of backing down and has said the strike will continue unless some of its main demands are met.

The government has issued an ultimatum to the striking doctors to report on duty within 24 hours to avoid action under the Maharashtra Essential Services and Maintenance Act (MESMA). Around 198 of the 12,000 striking doctors across the state are learnt to have resumed work in response to the ultimatum.

Meanwhile, there is a crisis in health services situation, especially in the rural areas. The hardest hit, inform observers, are pregnant women who are unable to avail safe delivery services.

Vidyananda Gaikwad, president of Nagpur district chapter of the MAGMO, said that the organisation has taken a decision to keep its strike going till a Cabinet decision accepting their demands is issued. “The government is demanding an unconditional withdrawal of our strike, but we have done that two to three times earlier, and every time government has failed to follow up on its assurances,” he said.

MAGMO staged its first agitation in 2011, putting forward  demands including fixing of working hours for rural doctors, regularisation of around 1,200 ad-hoc doctors, payment of back wages for doctors who have been regularised, payment equivalent to Central government scale, promotions according to seniority, payment of non-practice allowance on the lines of post graduate doctors, and raising the retirement age to 65.

“At that time we were assured that our demands would be taken care of in a few days, and we took back our strike,” says Gaikwad, “But three years and several follow-ups later, government has taken no step at all.” Gaikwad said that rural doctors are working on contract for years together without regularisation or pay raise, and are overburdened due to a constant staff crunch.
He said that working conditions of rural doctors is abysmal in the state. “We often have to be on our toes 24 hours a day because we have no one to relieve us,” said he. “We also have to travel for the implementation of different government health schemes. Emergency cases coming to the hospital during our absence are also treated as our responsibility,” said he. “Doctors  on contract are worse off because they do not even have job security.”

Satish Gogulwar of the Gadchiroli based non-profit Amhi Amchya Arogyasathi (AAA), which works in the area of public health, said that because MBBS doctors are not willing to stay in rural areas, there is a constant staff crunch. Government is forced to hire doctors with Ayurveda degrees, who are then not regularised for years together, he said. “As a rule, each public health centre (PHC) should have three doctors to work eight-hour shifts, but it is rare to find one which is adequately staffed. Even if MBBS doctors are hired, they do not stay at the location of the PHC and so are not available for emergency healthcare. Even district hospitals are inadequately staffed, which results in doctors being withdrawn from PHCs to meet their requirements.”
He said that as a result of under-staffing, doctors resort to referring even cases that can be handled at the local level to hospitals in cities like Nagpur, which causes colossal harassment to poor patients.

Meanwhile, the health services situation in the entire state is in doldrums due to the strike. Crowds of rural patients waiting desperately for treatment has become a common sight in hospitals. In Nagpur, the Medical College, Mayo Hospital and Daga Hospital – the three most important government hospitals in the city, are witnessing a huge influx of patients from rural areas, sources revealed. Due to the overload of patients and a muggy, cloudy weather, there is a danger of infectious diseases spreading among the patients, said one doctor from Daga Hospital. Private charity hospitals like Lata Mangeshkar Hospital are also facing an influx of patients, it was learnt.

Stories of untold suffering to patients are being reported from all over the state. In the Gadchiroli district hospital, Sapna Sahare, a young tribal woman from the Chandrapur district, is waiting since four days to have a dead foetus removed from her womb, but hospital administration has pleaded helplessness because there are no gynaecologists available. In Nashik, one pregnant woman died while two women delivered their babies on the road on the way to urban hospitals, it was learnt.

Gogulwar said that on the one hand government has put huge emphasis on raising the numbers of institutional deliveries, and on the other, it is not willing to provide the necessary infrastructure to sustain the initiative. “The old community-based home delivery systems have collapsed due to the emphasis on institutional delivery, and now that this system is in a crisis, patients who have no other recourse are being forced either to go for expensive private care or suffer in silence.”

Regularisation yes, but no back wages : government

State health minister Suresh Shetty has said that while government is willing to regularize doctors on contract and fill up vacant posts, it is, however, not willing to pay back-wages to regularized doctors. He has said that unless doctors report back on duty, a process of making ad-hoc appointments through walk-in interviews will be started. Gaikwad said that the situation is expected to be clear following a cabinet decision later in the day.