Monsoon may be less than normal, 60 per cent chance of El Nino, says IMD

Official forecast suggests average rainfall from June to September for country as a whole is likely to be 95 per cent of long period average which is below normal. Private forecast agency Skymet had earlier predicted 30 per cent chances of El Nino getting stronger 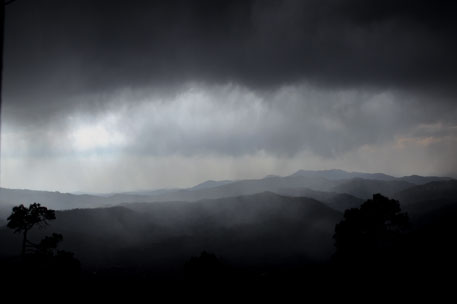 With development of El Nino conditions in the equatorial Pacific, southwest monsoon may be less than normal this year, says the forecast released by the India Meteorological Department (IMD) Thursday.

According to the Long Range Forecast for 2014, even though the El Nino-Southern Oscillation or ENSO conditions in the equatorial Pacific continue to be neutral but probability of warming trend in the sea surface temperatures (SSTs) over the equatorial Pacific, reaching to El Nino level during the southwest monsoon season is around 60 per cent, says IMD.

Read more on Skymet's forecast for this year

El Nino may lead to rainfall deficit, drought in 2014

ENSO is an ocean-atmospheric phenomenon that occurs due to local warming of surface waters of  equatorial Pacific Ocean  which affects the atmospheric circulation and direction of winds worldwide. It is often accompanied by drought in India and heavy rainfall in the Pacific coast of Latin America.

The press release issued by IMD also says that experimental forecast based on the coupled dynamical model forecasting system suggests that the monsoon rainfall during the 2014 monsoon season (June to September) averaged over the country as a whole is likely to be 95 per cent (with model error of ± 5per cent) of long period model average (LPMA). Monsoons are considered normal when seasonal rainfall is 96-104 per cent of LPMA.

Indian Ocean Dipole (IOD), which is also known as Indian El Nino, is also known to influence Indian monsoon, but currently IOD is near neutral over equatorial Indian Ocean. Based on the recent forecasts from some coupled models, it is expected that neutral IOD conditions are likely to continue till the end of southwest monsoon season.

Other factors that influence monsoon