Most nations in the world have no plan to fight antimicrobial resistance: WHO 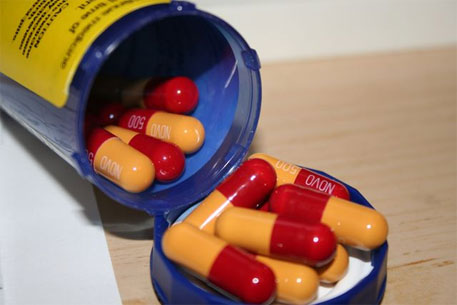 An assessment by the World Health Organization (WHO) of its member countries shows that three-fourths of them have no system in place to combat antimicrobial resistance (AMR) in humans. The report—Worldwide country situation analysis: response to antimicrobial resistance—released on Wednesday, shows only 34 countries out of the health association’s 133 members have a national plan to fight AMR.

The WHO report takes a look at country-level strategies to combat drug resistance in human beings. The survey, which was conducted in 133 countries across all the six WHO regions in 2013 and 2014, is a first-of-its kind which captures governments’ assessments of their strategies and systems to combat AMR.

In WHO’s South-East Asia Region, which consists of 11 member states including India, five states have a national plan and six are armed with policies to fight AMR.

All the 11 nations in the region published progress reports in the previous five years. These states have also collected surveillance data on AMR. Antimicrobial medicines are available without a prescription in seven of these states and five had conducted campaigns on antimicrobial resistance for public information, the WHO report shows.

India introduced a National Policy for Containment of Antimicrobial Resistance in 2011 and the next year launched a five year programme to contain the health problem which has become a global pandemic now.

But, as of last year, when Delhi non-profit Centre for Science and Environment (CSE) released a report revealing the presence of antibiotic residues in chicken, the National Program in Containment of Antimicrobial Resistance had shown little progress even after two years after its launch.

As per information with the National Centre for Disease Control (NCDC), only 10 labs across India had been signed on to monitor AMR as of last year. NCDC is the nodal agency for implementing the surveillance of antimicrobial resistance in the country and reports to the Ministry of Health and Family Welfare.

India was one of the few countries which did not provide national-level resistance data to WHO’s Antimicrobial Resistance: global report on surveillance, 2014.

Monitoring of AMR is conducted sporadically across the country by individual laboratories and medical colleges.

Amit Khurana, the programme manager at CSE’s Food Safety and Toxins Programme, says though the WHO report gives a high-level overview of the global preparedness to handle the crisis of antimicrobial resistance, the report does not talk about the status of policy, infrastructure and manpower in a particular country.

CSE also points out that antibiotics which were unlabelled can still be purchased without prescription. Until last year, there was no action plan on AMR with institutional framework and responsibilities with stated goals or timelines. If there is a progress report on India’s action on combating AMR, it is not available in the public domain. Little public awareness has been created on antimicrobial resistance in the past few years.

AMR is a public health concern threatening the world today. The misuse of antibiotics in humans and animals aids in the development of drug resistance. Antibiotics are used for non-therapeutic purposes in the production of food animals. They are fed to poultry and food producing animals for growth promotion and disease prevention.

While the WHO report does not address antimicrobial use in animals, it mentions that a future survey will be conducted on AMR and animal health with the Organisation for Animal Health and the Food and Agriculture Organization.

Poor outcomes in a cohort of HIV-infected adolescents undergoing treatment for multidrug-resistant tuberculosis in Mumbai, India

Functional characterization of the antibiotic resistance reservoir in the human microflora