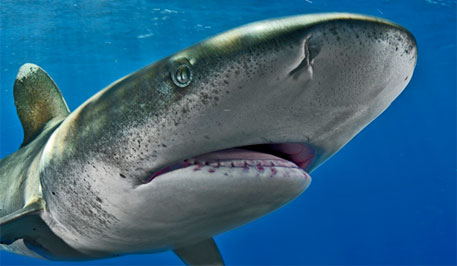 A new digital technique developed by Food and Agriculture Organization (FAO) can help to protect the endangered species of sharks.

The software, known as iSharkFin, will help conservationists in quick identification of the sharks. It is a tool for custom officers and inspectors at fish markets as well as for fishers keen on avoiding the capture of protected species, says Monica Barone, a lead researcher who worked with FAO's Fisheries and Aquaculture Department to develop the software. The project began in 2013, after five shark species were added to the Convention on International Trade in Endangered Species of Wild Fauna and Flora (CITES).

How the software works

When a photograph is uploaded in the system, the user chooses a few key points of the fin shape along with identifying a few other characteristics. An algorithm then compares the information with its memory bank and identifies the shark specie within five minutes.

So far, the iSharkFin can identify 35 shark species from dorsal fins (the iconic one atop the animal's spine) and seven from just the pectoral fins underneath. The team is now developing an application of the software that can be used in mobiles and tablets.

“Illegal fishing is a US $23.5 billion a year crime, accounting for 20 per cent of the global market or one out of every five fish caught,” says a report published in Voice of America. Also, shark finning—a practice involving slashing off a shark's fins and dumping the animal back into the sea—has been declared illegal in many countries.