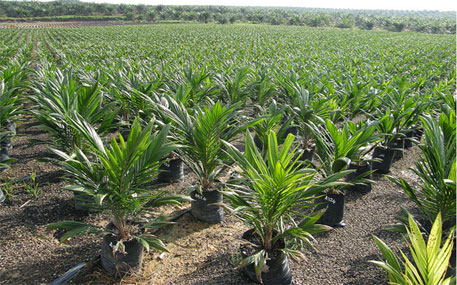 Oil palm plantations are driving deforestation in Indonesia, according to a new report.

The report, Permitting Crime: How palm oil expansion drives illegal logging in Indonesia, was released on Wednesday by the Environmental Investigation Agency (EIA), a non-profit organisation based in the UK. The report includes several case studies showing links between illegal practices and local officials, illustrating continued problems with corruption and resource capture by well-connected business people. Forests and local communities lose out, according to news reports.

The report says that almost all palm plantations in Indonesia are providing cover to their owners to evade the country’s Timber Legality Verification System (Sistem Verifikasi Legalitas Kayu, or SVLK), a mandatory law implemented in September 2010 to ensure only legal timber is produced in the country. SVLK applied to timber concessions, not areas zoned for clearance for industrial plantations.

"Conversion timber has to date been almost entirely ignored by the SVLK," states the report. "By 2010, land conversion accounted for 75 per cent of timber production from natural forests... and is associated with an illegality rate of 80 per cent.”

The EIA research found that in two years between 2011 and 2013 palm oil was the single reason for deforestation in the country. During this period, Indonesia overtook Brazil as the country with the highest annual rate of deforestation. With this, Indonesia became the third highest contributor to human-driven climate change.

Another study that was published earlier this year had estimated that between 2000 and 2010 Indonesia lost at least 1.6 million ha of forest to oil palm plantations.

Another analysis found that between 1990-2005, more than 50 per cent of oil palm expansion in Indonesia came at the expense of natural forests.

“Illegal logging in oil palm concessions is out of control and Indonesia’s revamped timber laws have completely failed to rein it in,” says EIA forest campaigner Tomasz Johnson.

“Our investigations have unearthed some of the worst cases, but we should be clear that levels of legal compliance are critically low across the sector. We have found that local governments are colluding with companies to fast-track the permit process. The result is that these clear-cuts do not identify or mitigate social and environmental impacts as they are legally required to do,” he adds.

In November 2014, the president of the country, Joko Widodo, acknowledged the threat. He was quoted by EIA website as saying, “It must be stopped. We mustn’t allow our tropical rainforest to disappear because of monoculture plantations like oil palm.”