Rajasthan does a U-turn on free medicines, introduces insurance cover 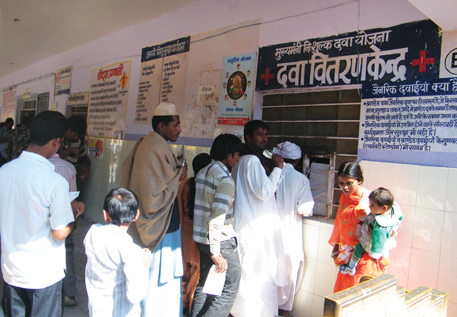 The Rajasthan government has downsized its much-acclaimed free medicines and diagnostics scheme, the Mukhyamantri Nishulk Dava Yojna, launched in 2011. The Vasundhara Raje-led BJP government has adopted a “targeted approach” in implementing the scheme which was a “universal” one when launched by the previous Congress-led UPA regime. Public health activists have opposed the state government's decision.

Till now the scheme applied to anybody who sought treatment from a public health facility of the state. But with targeted intervention, only beneficiaries of food security scheme will be eligible. What's more, even the food security scheme is being reviewed and nearly 8.5 million people will be removed from the list of beneficiaries, as disclosed by minister for food and civil supplies, Hem Singh Bhadana, in the state Assembly in July.

The free medicines and diagnostics scheme was touted as a flagship programme under the previous government headed by the Congress.

According to latest announcement, the free medicine and diagnostic scheme will be available only in out patient departments. For in patient department (IPD) patients, the government plans to launch an insurance scheme to cover treatment costs in the range of INR 30,000 to 3 lakh.

Earlier, the scheme was meant for all for OPD as well as IPD patients.

"This move is many steps backwards from what the state had achieved in public healthcare. Government data shows that the number of patients accessing public health facilities had doubled since 2010," said Chhaya Pachauli of Rajasthan chapter of Jan Swasthya Abhiyan (JSA). 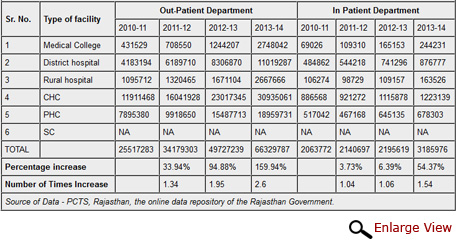 “This could happen because of the universal nature of the scheme and no patient was asked to establish eligibility of any kind,” said Pachauli. “Based on this experience, the free medicines and diagnostics schemes in the state should, in fact, be strengthened and made more comprehensive rather than being curbed,” he added.

Insurance liable to be misused

The state government has said that it is unable to bear the cost of the scheme and hence has figured out alternatives. However, providing health insurance is not an inexpensive way out either.

Regarding insurance, Pachauli said, “There is enough evidence that health insurance is widely misused by hospitals and insurance companies for the unethical benefit of doctors, pharmaceutical companies and managements. Over-prescription and unnecessary hospitalisation are routinely done to inflate medical bills and patients are administered irrational and unnecessary medication to exhaust the insured amount.”

Rajasthan started a state insurance scheme five years ago. It was withdrawn when reports of a big scandal of siphoning off of funds in claim settlements came to notice.

JSA held protest demonstration in front of State Assembly last week and submitted a memorandum to the chief minister. The free medicines and diagnostics scheme of Rajasthan was cited as the best example of big step towards universal health coverage in the World Health Assembly 2013.