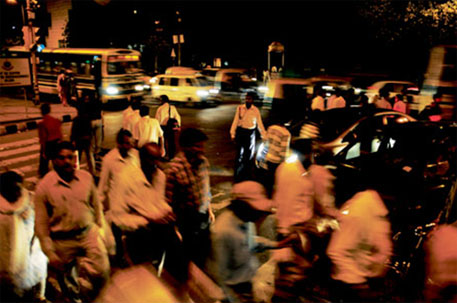 The much-awaited Draft Road Transport and Safety Bill, 2014 is finally out. The Union Ministry of Road Transport and Highways (MoRTH) has invited public to send their comments on the bill. If passed by Parliament, it would replace the existing Motor Vehicles Act of 1988. This bill is expected to create a composite framework for road safety regulations.

The draft bill has come at a time when the accident deaths and injuries have assumed scary proportions in India. The global safety report of the World Health Organization (WHO) states that India has the highest number of road traffic accidents worldwide with over 140,000 deaths occurring annually, beating even China.  While annually the nation loses almost 1.5 per cent of its GDP on account of road accidents, India is not even spending 10 per cent of that amount to make our roads safe.

Every year almost 1.3 million people die on the world’s roads and add huge costs to the public health and disability burden of the country. Delhi records an average of five road accident deaths per day – four of these are of pedestrians and two-wheeler riders. Cyclists and pedestrians are the vulnerable users on our roads and, therefore, need protection in terms of road design. Currently, cities are designing roads to increase speed of motor vehicles, thereby neglecting infrastructure and rights of walkers, cyclists and public transport users.

It is in this context that MoRTH has taken a positive step forward to address the issue of road safety by preparing a draft Road Transport and Safety Bill. This draft bill would be finalised after incorporating comments and suggestions of all stake holders and the general public before being tabled in Parliament.

If road safety is compromised, cities cannot increase the share of sustainable modes such as walk, cycle and public transport for clean air and public health. This has, therefore, made the immediate public review of the proposed draft bill necessary to ensure that the bill is robust in every way and effective enough to address all aspects of road safety and that there is no death or injury on India’s roads. To this end, Centre for Science and Environment (CSE) organised a roundtable meeting, gathering representatives from government agencies working on the issue of road safety, medical experts, civil society organisations and technical experts for discussing the draft bill and suggesting improvements.

What ails the current bill

The draft bill has included wide ranging provisions for vehicles and vehicle manufacturing, road traffic management and protection of vulnerable road users, but it excludes vehicle standards and design and manufacturing related issues. This matter will be taken up separately.

CSE review shows that on the face of it the bill has included nearly all aspects of regulations related to vehicles and road safety. It is officially explained that this gives hook for all possible interventions that can later be detailed for implementation. But there are apprehensions that if some of the key provisions are not made more explicit along with clear delivery strategies it may compromise some critical points of interventions and enforcement.

The rapid review shows that as a principle the policy should have set a goal of “zero vision”—that no one should die or get injured within the road transport system. The country needs zero tolerance policy and the targets should be set accordingly. Though the bill has made provisions for the life saving strategies and emergency action for the first golden hour after the accident a lot more will have to be done in terms of regulations for emergency care.

There is strong emphasis on punitive action without a balanced focus on deterrent action. The draft bill has proposed to enhance penalties, strict licensing procedures and driver training to improve drivers’ behaviour. But global experience shows that stronger, regular and visible enforcement on roads act as a much stronger deterrence than actual penalty. Penalties are also dodged, leading to under-reporting of cases. If the chances of being caught are stronger on a regular basis that will have a stronger restraining influence.  Moreover, the new bill has made extensive provision on penalty for violation of speed limit. But it has not stated the importance of adopting road design, and regulatory measures to reduce speed limit in cities. There is risk of designing roads to give primacy to speed of vehicles and increase accident risk if more explicit provisions are not made.

It is not clear at all what kind of delivery model is envisaged for actual implementation of the bill that is performance based and monitorable. There is no provision for harmonising the new bill with other related policies and legislation like the National Urban Transport Policy, Indian Road Congress Guidelines and Indian Penal Code, among others, The proposed institutional structure and capacity of the national institutions proposed by the new bill seems very limited in view of the scale of planning, management, regulation and enforcement needed.

Most important of all, it is not clear at all how the urban road design for walking, cycling and public transport will be mandated, which will also be legally enforceable.  Thus, the bill requires further revision to address these concerns and also the range of other concerns that came out from the stakeholder consultation.

Responding to the concerns expressed at the roundtable, Rajeev Lochan, Director (Road Safety) MoRTH, said, “the philosophy of this Bill was to bring all the elements of road and people safety into the Bill, but to leave the details to the regulations so as to minimise the need to go to Parliament for every small issue.”

Countries that have been successful in increasing road safety, such as Japan, Sweden and the Netherlands, have all adopted a “vision zero” (zero fatalities and zero serious injuries) as their long term objective for road safety. There is unanimity in the view that there is a need for making a clearer distinction between urban roads, rural roads and highways, as they need different controls and measures to ensure safety and reduce accidents.

Amit Gupta, associate professor of surgery at the All India Institute of Medical Sciences (AIIMS), said, “there is absolutely no doubt that there has to be a Vision Zero goal and there is a need to have separate guidelines on highways versus urban settings for emergency medical services (EMS).”

S S Nahar, secretary general of the Indian Road Congress (IRC), identified provisions for vulnerable road users as a key concern which needs to be addressed. “Are we really doing something for people?” he asked, adding, “for the safety of the vulnerable groups, we have not been able to segregate slow and fast road users.”

There is strong consensus about the need to keep the vulnerable road users as the central focus of the bill. R K Singh, joint secretary (transport) in the Union Ministry of Urban Development (MoUD), agreed and added, “The hierarchy of rights of the road users should be mentioned in the bill. In some countries, the pedestrians have the first right on the road rather than the motor vehicles.”

The proposed bill will have to make stronger provisions on fixing responsibility and liability for road accidents. While there is a range of penal action for the accident offenders there is none to make the road building agencies accountable for poor and faulty road design. Ideally, in cases where a pedestrian or cyclist is killed for poor road design and inadequate safe access facilities, compensation should also come both from the road owning agency and the motor vehicle driver.

There are serious concerns related to highway design as well. “There seems to be no clarity about cyclists and pedestrians in highway design and there is no provision of providing safe access to people along the highways. Highways should have safe pedestrian crossings at 500 metre intervals. However, the bill requires cyclists to wear a helmet – penalty is Rs 2,500. In Australia, when such a fine was enforced, the share of cycles went down drastically,” said Anvita Arora, director and CEO, Innovative Transport Solutions (iTrans).

The bill will have to be more people focused, as Chris Kost of ITDP pointed out. The preamble of the bill should make the principles of people-friendly planning and design more explicit, he said.

As the central focus of the current draft bill seems to be making penal action and fines more stringent it is important to ensure that the earnings from the fines is earmarked for a dedicated fund for urban transport and accident victims. “Money collected from penalties should be put fully or proportionately in accidents funds, public transport funds or capacity building of enforcement agencies,” said Arora of iTrans.

The division of responsibility was also brought up by Sunita Narain, director general of Centre for Science and Environment, this time in relation to commercial vehicles. “Truck owners usually have a lot of power, while the truck driver usually does not. The truck owner’s responsibility needs to be addressed as well as the driver’s,” said Narain.

Other issues of concern are the need of harmonisation between local, state and national levels and concerns that the bill is removing mandates from the city level. Space for the Unified Metropolitan Transport Authority should be provided and they should be represented at the central level. A ban on selling liquor within a distance of 500 metres of national highways was also proposed by the roundtable.

Given the importance of this bill in shaping the future transportation regime and determining the safe access for people it is important to intervene immediately to make the corrections before the Parliament endorses this bill in the new session to begin soon.

The National Road Safety and Traffic Management Board Bill, 2010