Despite advisories, relatives of victims have been using public transport to transport their dead bodies 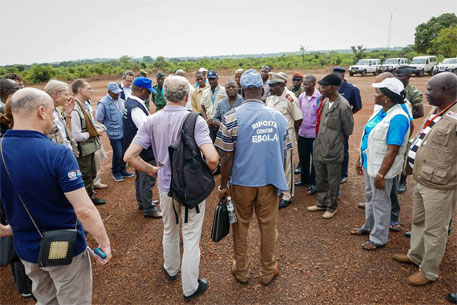 Just when Africans were about to win their battle against the deadly Ebola, two countries came forward to report “a substantial increase” in the weekly total of new Ebola cases.

In a recent announcement, the World Health Organization (WHO) has announced a spike in the number of weekly total of new Ebola cases in Guinea and Sierra Leone. The international health agency has, therefore, deployed a response team on borders of areas where cases have been reported. Guinea is also the country where the present outbreak started in December 2013.

According to WHO, the week ending on May 17, saw the highest weekly total of confirmed cases of Ebola in over a month. Out of the 35 cases reported together from Guinea and Sierra Leone, Guinea reported 27 cases, compared to seven in the previous week.

Meanwhile, news reports suggest that despite repeated advisories, the residents or relatives of Ebola victims are transporting their bodies via public modes, thus aggravating the situation.

Earlier this month, neighboring Liberia was declared Ebola-free.  Till now, the disease has affected nearly 27,000 people, with more than 11,000 deaths in four countries of West Africa.