What makes your snack more appetising? 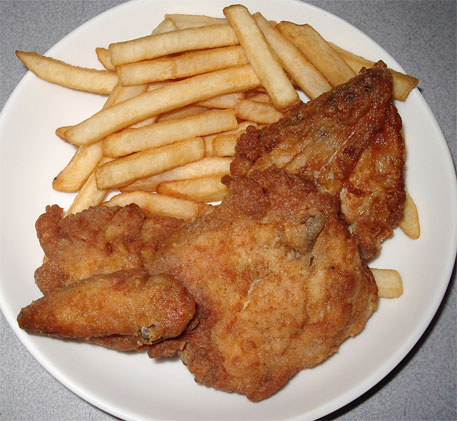 The relative proportion of fats and carbohydrates in a food item makes it more appetising than other foods, says a new study. This can ultimately lead to weight gain and obesity. The study that was published in the journal “Scientific Reports”, on May 14, 2015, delves deeper to understand what motivates to eat even when one is full.

The researchers from the University of Erlangen-Nuremberg in Germany conducted experiments on eighteen rats by providing them test foods containing various levels of fats and carbohydrates. During the experiment, the researchers found that an increase in the percentage of fat in a food item led to an increase in food intake up to a certain point. The ratio at which this could happen was found to be around 35 per cent of fat and 45 per cent of carbohydrate content (the rest 20 per cent was a mix of proteins, minerals, fibre and water). Increase in the percentage of fat beyond 35 per cent made the food less palatable to the rats. Interestingly, this ratio of fats and carbohydrates in the test foods was found to be similar to those in potato chips.

One of the authors of the paper, Monika Pischetsrieder, told Down To Earth that the activation of the reward centres in case of snacking is much lesser than in the case of drugs.
This study revises earlier theories that energy density or total energy content of the food is the critical factor in making food appetising. Since fats are more energy dense than carbohydrates, it was thought that increasing fat content would make the food more palatable.

Snacking and food intake behaviour, however, is a very complex subject and dependent on various other factors besides the palatability of the food which was discussed earlier. The major genetic factors include the role of hormones like ghrelin and leptin which regulate the intake of food. It is believed that social factors like the common tendency to have snacks with movies or football games play a role in increased intake. Psychological factors like an increased tendency to snack while being depressed, stressed or bored add to the problem.

According to World Health Organization (WHO), one of the key causes for obesity has been found to be an increased consumption of energy-dense foods, commonly found in snacks.  Their studies have shown that obesity and excess weight pose a major risk for chronic diseases like type 2 diabetes, cardiovascular disease, hypertension and stroke, and certain forms of cancer.

According to the international health agency, there are more than a billion overweight adults globally, and at least 300 million of them are obese.