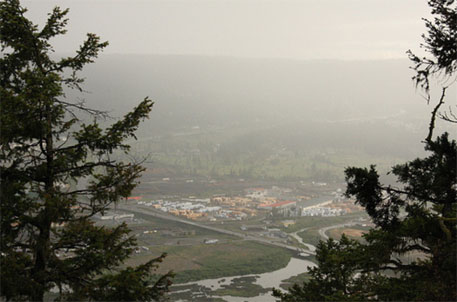 The consequence of too much dependence on hydrofluorocarbons (HFCs) seems pretty grim. More so, if we accept the prediction that HFCs, also known as super green-house gases, are going to contribute to as much as eight gigatonnes of CO2e (carbon dioxide equivalent) by 2050.

Participants at the Bangkok workshop acknowledged this and emphasised on the importance of adopting a complete climate solution for a sustainable future.

This should be done in a way so as to synchronise improvements in energy efficiency (low energy consumption of efficient appliances) and make a transition to low global-warming potential (GWP) alternatives.

Discussions were held on key issues like energy efficiency, intellectual property rights (IPR), availability of cost of alternatives, reduction of direct emissions from equipment and competency of the servicing sector on the second day of the Workshop on HFC Management.

Transition to a clean future

Earlier, discussions focused on what difficulties the Article 5 countries (developing countries) would face in case of a transition (alternatives to ODS and even high GWP alternatives). The presentation that outlined the concerns of developing nations stated that they were already facing difficulties in phasing out hydrochlorofluorocarbons (HCFCs).

In the midst of this difficulty, these countries have to adopt a technology that is economically viable, safe, energy efficient and widely available.

However, making a general statement such as the one above would be a misrepresentation of facts as technological options are available and widely used by some of the developing countries.

Cost of switch over

Discussion was also held on issues related to costs for transition to a clean future which may be considered as relatively high. The talks clearly reflected that from the past as well as present experiences in Europe, technologies are widely available. As these technologies flood the market, the costs would inevitably come down.

Another message that emerged is that countries as well as companies need a clear market signal. One such example where a clear market signal brought about a wide change in switching over to low GWP alternatives and reduced costs is the EU-F-gas Regulation. The European Union (EU) is taking regulatory action to control fluorinated-gases, also commonly known as ‘F-gases’, as part of its policy to combat climate change.

In a bid to reduce the costs involved in adoption of technology, presentations were made. These highlighted some of the challenges, but at the same time opportunities were also identified to bring down costs so that the usage of low GWP and energy-efficient alternatives expands.

IPR concerns were also taken up for discussion as patents open up complexities due to high costs involved. The general perception was that the Multilateral Fund (MLF) must facilitate a fair and equitable technology transfer.

In several sectors, there are hundreds of patents widely available in some countries. Countries as well as companies feel that it is rather hard to navigate through these systems. The dense web of patents around refrigerants and components also stifle innovation in Article 5 countries because for each innovation or alteration of the original idea, these countries have to pay for the changes made.

Another challenge that hampers the adoption of alternatives is the lack of training and certification schemes for technicians. As newer alternatives flood the market, technicians also need to be trained in handling new refrigerants and equipment, especially refrigerants which are flammable and toxic.

Lastly, it was recognised that there are currently a few reclamation centres in various countries and there is an urgent need to increase the number of these centres in the light of the increasing installed bases and existing banks.

Financial support and capacity building, therefore, could pave the way in enhancing service sector capacities and the destruction, recovery and reclamation of ozone-depleting substances (ODS) in managing banks. These banks are equipment containing ODS.

The discussions dealt with a lot of important issues. These will provide a backdrop to the discussions at the Open-Ended Working Group (OEWG) on Thursday. Hopefully, tangible results may come up during the week.