'Rat-hole coal mining must be discontinued' 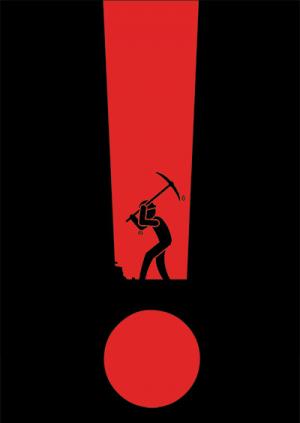 Anyone who has seen a rat-hole coal mine up-close knew that the chance of survival of the 15 miners trapped in a mine at Ksan in Meghalaya’s East Jaintia Hills was slim once the mine was flooded. I have been inside one of these mines and can tell you that it is beyond imagination how anyone can enter such a small space and mine coal with bare hands and rudimentary tools.

In 2011, my colleagues and I from the Centre for Science and Environment went to Meghalaya at the request of local activists to study the environmental impacts of rat-hole mines. We travelled across the state’s mining hotspots, collected data and tested water samples. We found inhuman working conditions, environmental destruction on a massive scale and gross illegalities perpetrated by miners in connivance with the state and local government.

A rat-hole mine comprises a deep vertical shaft with narrow horizontal tunnels, two to four feet in dimension, dug on its sides. Miners go into these horizontal tunnels for hundreds of feet to take out coal. Primitive tools are used to build and operate these mines and accidents are common and most are not reported.

In 2011–12, rat-hole mines produced about 10 million tonnes of coal. This large coal production in a small state had a devastating impact on the environment. Meghalaya coal has high sulphur content, leading to discharge of sulphuric acid from these mines. The acid discharge in some areas is so severe that they have made the rivers acidic, affecting aquatic life and corroding machinery at hydroelectric projects and dams.

What we found most galling was the impunity with which the laws were being broken. None of the rat-hole mines had leases; they simply didn’t exist on paper. All of them were operating without any environment clearance from the environment ministry or from the pollution control board. These illegalities were enabled by the so-called legal ambiguity regarding mining in Sixth Schedule areas as mentioned in the Constitution.

We were informed that as Meghalaya is a Sixth Schedule state, and the power to make laws with respect to land belongs to the Autonomous District Councils, landowners can mine without any permission from the state or the Union governments. To bolster the argument, it was alluded that the coal mines in Meghalaya were never nationalised.

We, however, found that the coal mines of Khasi and Jaintia were nationalised under the Coal Mines (Nationalisation) Act, 1973. We also found that paragraph 9 of the Sixth Schedule clearly stipulates the need for “Licences or leases for the purpose of prospecting for, or extraction of, minerals”. In addition, we legally established that all central mining and environmental laws are applicable to the coal mines in Meghalaya. We prepared a detailed report and held meetings in Shillong and Tura about the need to enforce the mining and environmental norms. But nothing happened. However, we knew that it was only a matter of time before these illegalities would be exposed.

On a case filed by the All Dimasa Students’ Union that highlighted the unregulated coal mining in the Jaintia Hills, the National Green Tribunal (NGT) banned them in April 2014. But reports now indicate that in the guise of transporting already-mined coal, illegal mining was happening all along in collusion with the local and the state government.

The political class supports these mines. The state government has challenged the ban in the Supreme Court and the state assembly in 2015 adopted a resolution urging the Centre to exempt Meghalaya from central laws so that rat-hole mining can continue. But such mines are environmentally damaging and unsafe to be allowed, and hence must be banned. The bottom line is the right to self-governance does not translate into the right to destroy the environment, even in the Sixth Schedule areas.