By 2015, Nigeria will account for one-fifth of all births in Africa

With increasing poverty and lack of educational infrastructure, many children will be driven towards crime, violence and insurgency 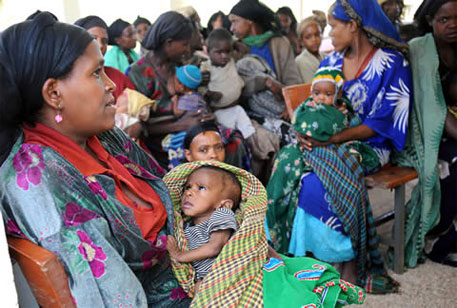 If by 2050 the future of humanity will be increasingly African (as stated in the latest Unicef report), the future of Africa is certainly Nigerian. The country is all set to see the largest increase, in Africa, in absolute numbers of both births and child population. But these births are most likely to only add to the burden of the economy that despite growing at a commendable pace is unable to keep poverty at bay.

The UNICEF report, titled Generation 2030: Africa, estimates that by the end of this century, the continent’s population will soar from present one billion to more than four billion. Of this, nearly one billion will live in Nigeria alone. 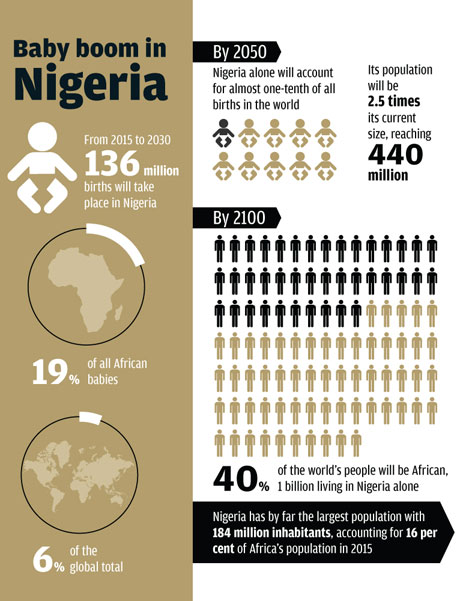 Among Africa’s 54 countries, Nigeria has by far the largest population with 184 million inhabitants, accounting for 16 per cent of Africa’s population in 2015. By 2100, almost 1 billion people (914 million) are projected to live in Nigeria alone. The next three most populous countries currently are Ethiopia (99 million), Egypt (85 million) and the Democratic Republic of Congo (71 million).

These numbers are not just numbers. They are a warning for a country that reportedly has thousands of child beggars, many of whom have now become easy recruits for the country’s militant Islamist movement Boko Haram. These are also the children who have turned to extremism after being abandoned by their parents who are illiterate and poor. In such circumstances and amid rising poverty and birth rate, how does Nigeria then plan to raise its yet-to-be-born children?

Nigeria is also a country which has spent much of previous four decades under military rule. According to a World Bank rating, 33.1 per cent of Nigerians (55.9 million people) still live below the poverty line. Though Nigeria is Africa’s biggest economy, growing at an annual rate of 7 per cent Gross Domestic Product, it is also a country marred by inequality. “I doubt if there be any other country in the world that is more unequal than Nigeria,” says the author of a report published in Sahara Reporters. According to Unicef, 10 million Nigerian kids are still out of school. The number is a massive 47 per cent of the world's out-of-school children. A few experts very strongly believe that such numbers are likely to promote illegalities and criminalities, resulting in more crime, violence and insurgency.

Nigeria has by far the largest population with 184 million inhabitants, accounting for 16 per cent of Africa’s population in 2015. The next three most populous countries currently are Ethiopia (99 million), Egypt (85 million) and the Democratic Republic of Congo (71 million). In just 35 years, Nigeria’s population will be 2.5 times its current size, reaching 440 million.

Dimos Sakellaridis, country director of non-profit DKT International Nigeria, in a report published in businessdayonline, says, “…jobs, national infrastructures, social services, housing, health care fac1ilities are not also growing at an equally comparable rate or at a faster rate like her population growth rate does.”