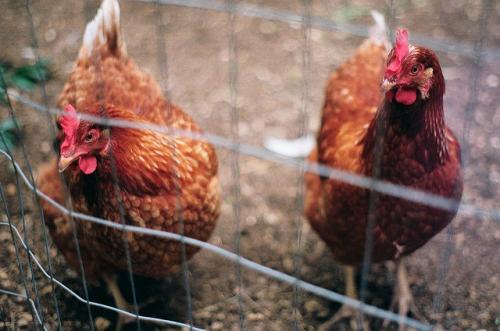 The National Action Plan on anti-microbial resistance (AMR) was finalised on Wednesday during an inter-ministerial consultation under the leadership of Union Health Minister Jagat Prakash Nadda.

The consultation witnessed 13 ministries coming together in support of the plan. A joint declaration, “Delhi Declaration on Antimicrobial Resistance–an inter-ministerial consensus”, was also endorsed by the ministries to adopt a collaborative approach for prevention of AMR.

AMR, including antibiotic resistance (ABR), is a global public health threat, as antibiotics and antimicrobials are becoming increasingly ineffective to treat common diseases.

Besides misuse of antibiotics in human health, its misuse in food animal production such as in case of chicken, fish, dairy and honey also adds to the problem.

The environmental spread of AMR through waste from healthcare settings, animal farms, animal food processing units and pharmaceutical manufacturing units is also a cause of concern.

The Indian NAP focuses on six strategic priority areas, namely awareness and understanding through education, communication and training, strengthening knowledge and evidence through surveillance, infection prevention and control, optimised antimicrobial use in health, animals and food, AMR-related research and innovation and strengthened leadership and commitment at international, national and sub-national levels.

The ambitious and comprehensive plan highlights the need for tackling AMR across multiple sectors such as human health, animal husbandry, agriculture and environment in consideration of the “One-Health” approach. Highlights of the plan on animal and environmental aspects include the following:

Responsible and optimised antibiotic use

“The plan aims to well address the animal and environmental dimension of the AMR in addition to human health. Its success, however, would depend on national-level programmes to support small-scale animal farms, a new AMR-centric approach to manage waste from animal farms, animal food processing and pharmaceutical manufacturing sector and health care settings”, Amit Khurana, head, food safety programme, Centre for Science and Environment (CSE) says. He was also part of the team that developed the plan.

“There is a global momentum to address AMR. With high load of infectious diseases and poor state of sanitation, hygiene and waste management, India cannot afford any more delay and an approach which is short of being aggressive”, he adds.

The Delhi declaration further reflects the much-needed commitment from multiple ministries which is required to address this multi-sectoral issue. The declaration also calls for engagement from various stakeholders, including inter-governmental organisations and civil society to support the development and implementation of the plan at national and state levels. It recommends the establishment of a National Authority for Containment of AMR as a nodal agency to monitor the implementation and sustainability of the action plan on AMR.

CSE has been closely involved in developing India’s NAP-AMR. As a member of the Core Working Group and Technical Advisory Group that developed this plan, CSE provided inputs on policy and programmes required to control animal and environment aspects of AMR. CSE had earlier highlighted misuse of antibiotics in rearing chicken, fish and honey production.

In an International Workshop on NAP of Developing Countries on AMR, CSE facilitated development of strategic and operational guidance on animal and environmental aspects of AMR to assist NAP development.

The NAP is an important first step in the right direction. Effective implementation of the plan would require sustained political will, multi-ministerial involvement, funding support from government and suitable state-level action plans. Recognising the challenges of implementing this ambitious plan across multiple sectors, Nadda called for a coordinated approach. “Single, isolated interventions have limited impact and coordinated action is required to minimise the emergence and spread of antimicrobial resistance,” he says.