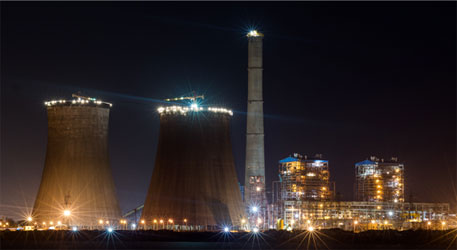 The fundamental premise of climate finance is climate debt—the debt that developed nations pay for their historical pollution of our common atmosphere, offering developing countries a sober and low carbon means of development. The current level of climate finance is not only significantly inadequate when compared to the goal of $100 billion by 2020, but also inherently flawed in its mechanism.

An Associated Press-led investigation has found that Japan will direct money under climate funds to coal-fired power plants—one of the biggest sources of carbon pollution—in Indonesia. In an attempt to justify this investment, Japan stated that these plants would be equipped with more efficient combustion technology. It was found that these “clean coal-fired power plants” will still emit twice as much CO2 as natural gas plants.

An analysis of the top 300 projects based on climate finance revealed that Japan was the only nation to include direct aid to new thermal power plants. According to the analysis, the second biggest project on the list was a “high energy-efficient thermal power plant in east Java” amounting to $729 million. The loan obtained from Japan's Bank for International Cooperation (JBIC) will be directed towards building a new 815-megawatt coal-fired unit at the Paiton power plant, which is partly owned by Japanese firms Mitsui and Tokyo Electric Power Company.

UNFCCC’s Standing Committee on Finance recommended the adoption of clear definitions of what is to be deemed as climate finance. Oxfam and other non-profit organisations endorsed this recommendation.

Campaigner Yuri Onodera from Friends of the Earth, Japan, said in a press release, “Japan must stop pretending to help the planet when it could actually be hurting people. It needs to stop all coal financing in general and it should be helping some of the poorest people in the world who desperately need energy—by increasing finance for renewable energy across the world.”

Greenpeace UK Political Director Ruth Davis added, “Coal is a climate problem, not a solution. All countries in the European Union, and in particular Germany, France and the UK should learn from this scandal and ensure that both European and national export credit agencies, investment and development banks have rules in place in 2015, to prevent further funding of coal projects.”

It is expected that the conference will focus not only on the general rules for reporting of climate finance but also on the setting of a path for the Green Climate Fund to ensure the money is not spent on dubious projects. A campaign led by many developing countries is pushing for an “exclusion list”—a list of projects that shall be prohibited from tapping into the fund.