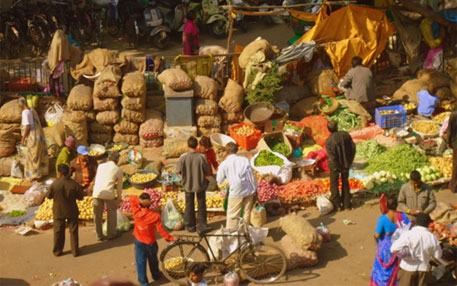 The new BJP government in Maharashtra has dismissed 166 agricultural produce market committees (APMCs), including the apex Navi Mumbai APMC, following thousands of complaints of irregularities and misconduct received against them.

An order to this effect was issued on Monday, November 10, to the director of agricultural marketing in the state. Agriculture Secretary Sudhir Goyal informed that the government is taking action based on the complaints.

APMCs were introduced to prevent touts from exploiting farmers and buying their produce at low prices.  An APMC serves as a market or mandi where farmers can sell their produce through auctions.

According to several farmers’ groups in the state, the APMCs had turned into centres of corruption and political power. Despite complaints, the previous Congress-NCP government had extended the tenure of APMCs under the plea that the central government was going to bring in new legislation on cooperatives.

When the maximum allowed extension period of a year was over, the government nominated executive boards on the grounds that elections would be held shortly. Forty-five APMCs had executive boards, all nominated on September 12, 2014.

The Mumbai APMC, for instance, was due for elections in December 2013. Its board of directors (BOD) had been given two extensions of six months each, despite stiff protests by farmers and traders. After traders moved the high court on the issue, the court curtailed the BOD’s right to take any policy decision. The government, however, continued to grant extension to the body.

On the other hand, the government suppressed efforts by officers to expose corruption in the APMCs. It suspended Subhash Mane, the managing director of the state agriculture marketing board, for giving “false and defamatory” statements against the government in the media, after he exposed the multi-crore-rupee floor space index (FSI) scam in the Navi Mumbai APMC. He was reinstated after he approached the Maharashtra State Administrative Tribunal (MAT). MAT also slapped a fine of Rs 2 lakh on the government.

The current order has dismissed 166 APMCs, of which 121 had been granted extensions after their tenure was exhausted, while the remaining 45 had nominated executive bodies.

Report of the Comptroller and Auditor General of India (Civil), Maharashtra for the year ended 31 March 2011