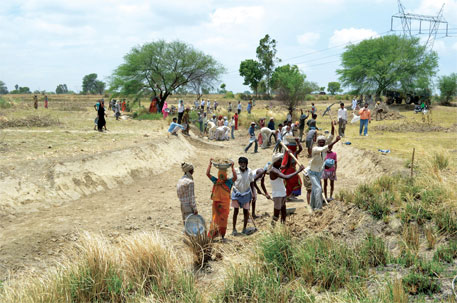 The Union Ministry of Rural Development (MoRD) has decided to focus on social audit and create durable assets at block and district levels under the programme.

In a letter, dated June 11, Aparajita Sarangi, joint secretary of MGNREGA, wrote to states asking them to focus on social audit. The Centre will provide technical assistance for the audit under a special project that will remain in operation till 2017. The entire expenditure, including salaries of resource persons engaged in the audit at the state and district levels, will be borne by the Centre. It is estimated that the project will cost Rs 46 crore a year to the Central exchequer.

In a social audit, civil society groups engage with government officials to review whether the reported expenditure reflects on the ground level. The committee, which will select these resource persons for social audit, will be chaired by chief secretary of the state. The other members of the committee will comprise principal secretary of the nodal department, representatives of rural development ministry and civil society representative.

“Social audit ensure proper implementation of a project. Despite its provision in the Act, states had earlier showed unwillingness to conduct social audits citing lack of funds,” says an MoRD official. “Now that the ministry has decided to take care of the expenditure for first three years, states do not have the room for this excuse,” he adds.

Report: Enhancing sustainable livelihoods of the poor through convergence of Mahatma Gandhi NREGA with various schemes