The toll may further rise as bodies are still feared trapped under the rubble. US, UK and India offer financial aid to Nepal 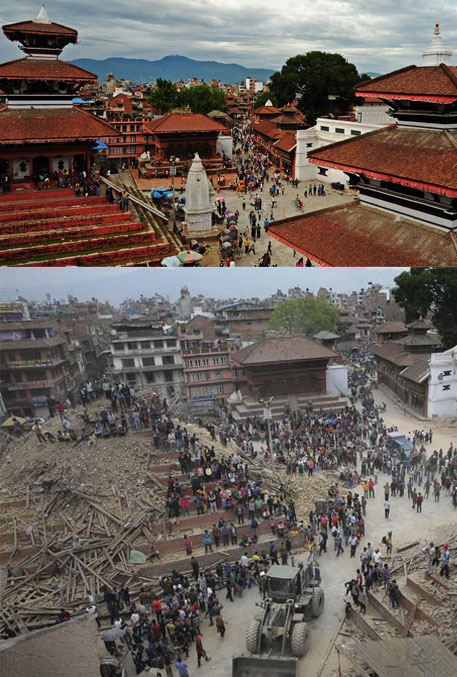 The Nepal earthquake death toll has risen above 3,600, with rescue and relief operations going on in full swing. The toll may further rise as bodies are still feared trapped under the rubble of collapsed buildings. Tibet and India are also trying to assess the damage even though the intensity of the quake was much less in these two countries.

Around 3,617 people have died and over 6,500 people have been injured in Nepal, according to BBC.

At least 17 bodies have been recovered from the Mount Everest base camp, a government official said. More than 200 climbers have been rescued.

Besides loss of lives, several buildings of historical importance and other infrastructure have turned into dust in Nepal. Take the instance of the 200-feet Dharahara Tower constructed in 1832. The tower built by the Nepal queen has been completely destroyed in the earthquake.

In the wake of the disaster, Prime Minister Narendra Modi chaired a high-level meeting on Saturday evening to review the situation. After the meeting, Modi directed the immediate deployment of relief and rescue teams, including medical personnel to Nepal, as well as to the affected areas in India. The PM also directed that proper arrangements should be made to evacuate stranded tourists.

Besides India, the US has offered emergency aid to Nepal. China, Pakistan and countries from the European Union have also offered financial assistance to Nepal. As of now, the US has pledged $1 million as initial aid.

Tibet and India are also assessing the damage. China reported 20 deaths in Tibet. The death toll in India climbed to 61, according to government sources. Bihar is the worst-affected state.