Only one Indian has died of Ebola, says government

Earlier this month, India had quarantined a 26-year-old Indian who travelled from Liberia and had traces of virus in his semen 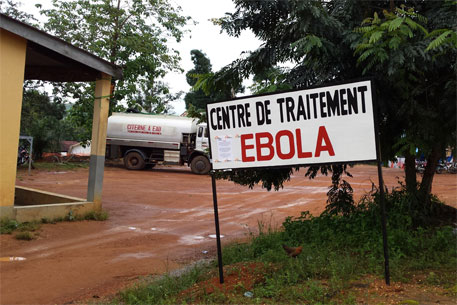 An Indian man working in Liberia died in September after contracting the deadly Ebola virus, the foreign ministry has said.

"As per reports available with the government, there has been only one Indian casualty so far. Mohammed Amir who was employed in a pharmacy in Liberia died of Ebola virus infection on September 7, 2014," Minister of State of External Affairs V K Singh told Lok Sabha in a written reply.

According to a BBC report, the man's family was informed after his death and he was buried in Liberia.

Earlier this month, India had quarantined a 26-year-old Indian who travelled from Liberia and was cured for Ebola there.  The man was placed in isolation at the New Delhi airport after traces of the virus were found in his semen. Later, he was declared free of infection.

As per latest WHO reports, 5,420 people had so far died of Ebola across eight countries—Guinea, Liberia, Sierra Leone, Nigeria, Senegal, Mali, Spain, and the US. Till now, 15,145 people have been affected in what is the worst Ebola outbreak on record.