PM's climate mission plan for Himalaya yet to take off 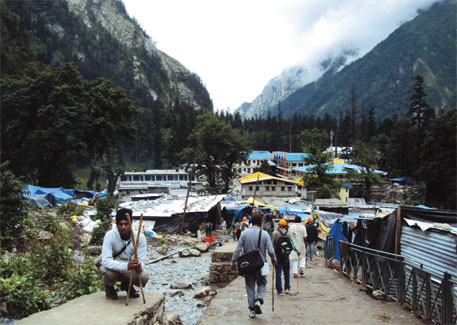 The Himalayan ecosystem is fragile; the ongoing disaster in Uttarakhand is proof. In 2008, the Government of India included a National Mission for Sustaining the Himalayan Ecosystem (NMSHE) under the country’s first National Action Plan on Climate Change (NAPCC). This action plan is under the stewardship of Prime Minister Manmohan Singh, who launched it on June 30, 2008. In the past five years, however, little has been achieved under the programme and the disaster in the hill states of north India points to its inefficacy.

The Department of Science and Technology (DST) is entrusted with coordinating the NMSHE plan. NMSHE was chalked out to protect the Himalayan ecosystem, which is fragile and diverse and is home to over 51 million people. The Himalayan ecosystem is vital to the ecological security of the Indian land mass. It provides forest cover, feeds perennial rivers that are the source of drinking water, irrigation, and hydropower, conserves biodiversity, and provides a rich base for high value agriculture, says the mission document.

Five years since the mission was launched, the goals are far from being achieved. Sanjay Kumar Mishra, advisor, DST, says that the department is at present engaged in capacity building. DST is only responsible for capacity building and giving research based information. This information would be implemented at the ground level by other ministries such as the ministry of rural development, he says.

When asked about the steps that DST, as the coordinating agency, has taken to make the programme actionable at the ground level, Mishra says the programme began in 2010 and received funds in 2011. Any programme takes its time to develop. At present, 29 research projects have been sanctioned under the mission to various labs in the country and a glaciology training programme took place last April, he adds.