SC notice to Haryana, Rajasthan for failing to check mining in the Aravallis 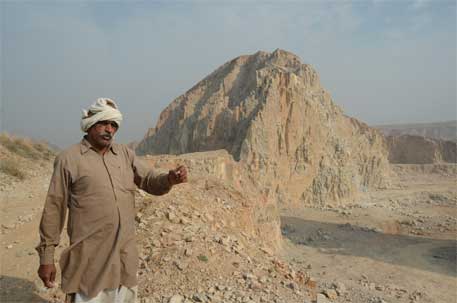 The Supreme Court has pulled up the governments of Rajasthan and Haryana for not being able to stop illegal mining and quarrying activities in the Aravalli region. The apex court issued showcause notices to the two state governments on Friday.

The Supreme Court has asked both the states to file a report on the implementation of its earlier orders. In 2002, the Supreme Court banned mining activities in Haryana following large scale devastation in Faridabad and neighbouring areas which lead to the landmark Aravalli notification in the Deepak Kumar vs State of Haryana case. However, increasing pressure of the construction activities around NCR has pushed up the demand for construction materials which has led to larg- scale violations.

The Court reportedly warned the states that contempt proceedings would be initiated if these states failed curb illegal mining in the Aravallis. The court has also asked for the constitution of Central Empowered Committee (CEC) to monitor the implementation by both the states. Interestingly, an earlier CEC visit under the ministry of mines in Rajasthan was attacked by some of the illegal miners in Tijara tehsil of Alwar district in Rajasthan. According to Mining and Geology department of Rajasthan, the state government appointed two task forces to control mining. However, in areas such as Tijara bordering Haryana, mining has taken a toll of the agricultural lands impacting groundwater (See 'Aravalli razed')

Order of the National Green Tribunal regarding illegal mining being carried out in the District Alwar, 29/01/2014

Order of the National Green Tribunal regarding private players grabbing forest land in the Aravalis, 28/04/2014

Order of the National Green Tribunal regarding closure of mining activity of the Applicant (Nalwaya Minerals India Pvt. Ltd.), Rajasthan, 07/03/2014

Supreme Court judgment on mining in the Aravalli Hill Range of Haryana as on 8th October, 2009

Supreme Court judgment on mining in the Aravalli Hill Range of Haryana as on May 8, 2009

Supreme Court judgment on mining in the Aravalli hill range of Haryana as on 14 May, 2008

Supreme Court judgment on mining in the Aravalli hill range of Haryana as on 13 April, 2006