If the monsoons fail this year, the Modi government will have some serious policy-making, damage control and number crunching to do 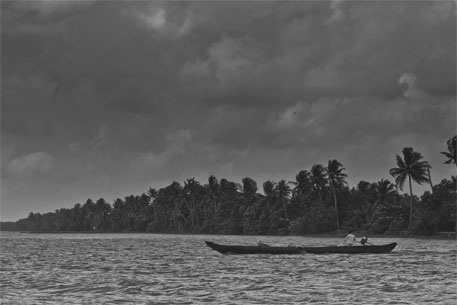 Monsoon rains reached India's southern coast of Kerala a few days later than usual on Friday, offering relief to farmers eagerly waiting for the start of the wet season. But what is worrying them, the experts and the common man is the possibility of an El Nino and the drought that it can trigger.

The slight delay in monsoon this year (which usually hits Kerala on June 1) and speculations about a poor monsoon, accompanied by a 60 per cent chance of an El Nino weather pattern, certainly, are not good news for the newly-elected NDA government, which has experienced maximum droughts during its regime (1998, 2002 and 2004).  El Nino, which is caused by higher-than-normal sea-surface temperatures in the equatorial Pacific, can cause droughts in India and Australia and floods in Latin America.

Also read: All you need to know about El Nino

An evaluation of rainfall variability by the premier Indian Institute of Tropical Meteorology (IITM) shows the rains would be confined largely to India’s western coast and the northeastern states until June 15, even though the rain-bearing system should normally cover nearly half the country by then.

A possible blow to economy

India’s economy grew by 4.7 per cent in 2013-14, marginally higher than previous year’s 4.5 per cent. This is the first time in 25 years that India’s growth will end up being below 5 per cent for two successive years. These numbers have made the task even more difficult for the Narendra Modi government.

"Poor monsoons may adversely affect food production and thus aggravate food inflation—sounds logical. Historical data doesn't necessarily imply the same, though. Impact on foodgrain production from weak monsoons is borne out by history, though the impact is moderated if the preceding year had seen strong rainfall - as this helps good water reservoir levels at the start of the season," says investment bank and brokerage house UBS.

The rains will also determine prices and output of various crops in India, the world’s second-largest grower of sugar, rice, and edible oils.
Though the farmers have heeded the new government’s advice to sow crops early this year to take advantage of pre-monsoon showers, monsoon remains crucial for two-thirds of India’s population, living in rural areas.

A drought means the food prices, which on an average have risen by 10 per cent in the past two years at the retail end. Though India is believed to have sufficient stock of food reserves and should be able to manage a drought year, prices have been a major concern for past few years now.

It remains to be seen whether the monsoon will inspire and engages everyone, from the farmer to the policy maker, and from the scientist to the travel writer. And if it fails to, the Modi government, which has just taken a charge, will have some serious policy-making, damage control and number crunching to do.