It aims to make coal ‘a viable technical, environmental and economic case for continued use’. But should that be an aim? 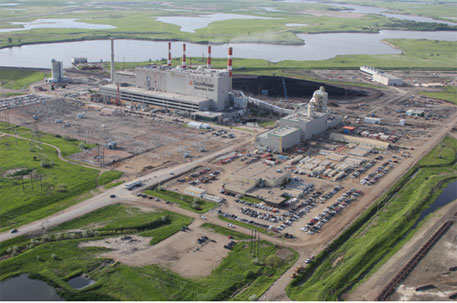 The world’s first large-scale power station equipped with carbon capture and storage (CCS) technology officially opened in Canada this October, with the aim of making coal “a viable, technical, environmental and economic case for the future”.

This 1.35 billion dollar facility captures carbon dioxide (CO2) released from the 110 MW unit coal-fired Boundary Dam power plants near Estevan, Saskatchewan, and transports the same via pipelines to nearby oil fields where it is used for enhanced oil recovery. The left-over CO2 which is not used in the oil recovery is permanently stored deep underground. (See ’How Carbon is captured and stored in a power plant’)

Though seen and hailed a saviour technology by coal lobby group, and with US Environmental Protection Agency pushing for CCS as a technology to reduce CO2 emissions from thermal power plants, the question still remains whether it is worth investing in CCS when cheaper renewable energy technologies have been proven. (See ‘Cost of renewable technologies and CCS)

It may be argued that the cost can be brought below renewable and that it is a kind of pollution control technology like an electrostatic precipitator (ESP), much needed as a mitigation measure for the existing power plants. But serious thought must be given to how much investment should go into this retrofitting business, since coal power plants will get outdated in a century (proven coal reserves in the world will last only a century—112 years, to be precise).
Web edition Web edition News News News Sask Power Down to earth CCS Carbon capture technology Canada Boundary Dam
SUPPORT US