Earth has lost half of its ecosystem

Two-thirds of land-based ecosystems must be sustained to support life on the planet, says study 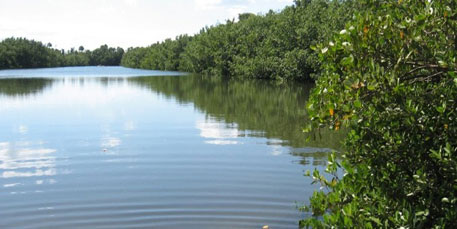 The Earth has lost about 50 per cent of its ecosystem, more than what the biosphere can bear, says a new study. According to the study, 66 per cent or two-thirds of land-based ecosystems must be protected to sustain the planet’s biosphere. The study, titled “Terrestrial ecosystem loss and biosphere collapse”, was conducted by Glen Barry, an internationally acclaimed ecologist and scientist, and was published in the journal Management of Environmental Quality.

The paper seeks to answer to what extent of landscapes, bioregions and continents must remain intact as ecological areas and agro-ecological buffers to sustain local and regional ecosystem services, reports Emerald Insight, an international publisher. The study proposes strict protection for 44 per cent of global land, 22 per cent as agro-ecological buffers and 33 per cent as zones of sustainable human use. This would require ending industrial primary forest logging and restoring old-growth forests to reconnect fragmented landscapes and bioregions, says a report of Earth Blog.

Barry links the Ebola epidemic, California drought and the civil strife in West Asia to the loss of ecosystems. “It is my hope this paper illustrates the absolute necessity of protecting and restoring large, connected old-growth forests and other natural ecosystems to ensure the Earth remains habitable. For the future of the human family and all life, all necessary actions must be taken to protect natural ecosystems to avert biosphere collapse and achieve global ecological sustainability,” he writes in his paper. He suggests a revolutionary global carbon tax to achieve this.

Another international study published in the journal Nature Climate Change says that damage from wind, bark beetles and forest fires has increased drastically in Europe in recent years and is altering the natural dynamics of forest ecosystems.

The authors of the study point out that forest disturbance in Europe in the last 40 years has cost 56 million cubic metres of timber per year between 2002 and 2010, according to a report  of the European Forest Institute. They have identified climate change as the main cause. Damage from forest fires was particularly estimated to increase on the Iberian Peninsula in Europe, while bark beetle damage increased most strongly in the Alps.

According to the report, Europe’s forests are mitigating climate change by taking up large quantities of carbon dioxide. The carbon loss from increasing tree mortality and disturbance could, however, reduce this uptake. The study concludes that Europe’s forest management will need to adapt to these changing disturbances in order to keep sustaining the diverse set of ecosystem services provided to society.