People in Delhi exposed to much higher levels of air toxins than estimated: CSE 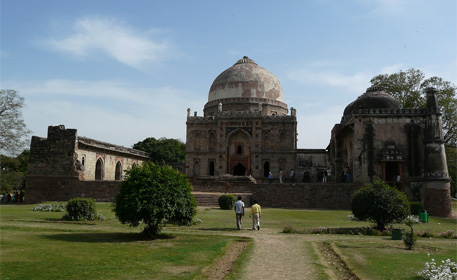 Data released by Delhi non-profit Centre for Science and Environment shows that people in Delhi are exposed to shocking amounts of air toxins. The data was gathered following a unique initiative to assess how much pollution people breathe in on a daily basis in Delhi when overall winter pollution stays high and elevated. The study found that daily personal exposure to toxic air is significantly higher than the background ambient air pollution that is monitored by the Delhi Pollution Control Committee (DPCC) in Delhi. This can be a serious risk to public health.

This is worrying and scary as what matters most from public health perspective is the daily dose of toxin that people breathe. If urgent steps are not taken to bring pollution levels down to meet the clean air standards, it will lead to public health disaster.  On an average, actual personal exposure has been nearly two times higher than the background ambient levels.

This has also shown that personal exposure monitoring can complement conventional ambient monitoring done by the regulators to assess what people breathe in the real world while moving through the city. This can make monitoring more relevant to public health protection, and make pollution data easily available to people to understand and take action.

How CSE conducted the study: CSE has used a state of the art portable air quality monitoring equipment to track how much pollution an individual is exposed to in Delhi while doing their daily chores. This dust track aerosol monitor measures both mass and size fraction of the particulate matter. A select group of prominent citizens of Delhi and also patients suffering from asthma participated in this monitoring exercise.

Prominent citizens chip in: Well-known citizens of Delhi who participated in this exercise include Bhure Lal, chairperson, Environment Pollution Control Authority (EPCA), resident of Lodhi Estate in Lutyen’s Delhi; Harish Salve, senior advocate in Supreme Court and also the amicus curiae in the ongoing air pollution case in the Supreme Court who lives in Vasant Vihar in South Delhi; Ashok Lall, noted architect who lives in Civil Lines—a pollution hot spot in Delhi; Randeep Guleria, head of the Pulmonary Department at All India Institute of Medical Sciences (AIIMS) who works and lives in the hospital premises and adjacent colony; William Bissel, head of Fabindia and resident of Hauz Khas Enclave in South Delhi. The group also included those who suffer seriously from asthma. They include Bharati Chaturvedi, head of NGO Chintan who lives in Ravindra Nagar in Central Delhi; Kaushik Das Gupta, journalist and resident of Patparganj and Avikal Somvanshi, research professional and resident of Alaknanda in south Delhi.

While the real time exposure of the individual is higher than the background ambient levels, the trend curves of the two monitoring correlate. This shows when overall pollution levels in the city rise, the exposure for the individual also increases.

Winter pollution increases exposure to pollutants:
This year winter pollution is back with a vengeance. Almost throughout the month of November and December, the levels of PM2.5, have remained on an average at least three to four times the 24-hourly standard of 60 µg per cubic metre, higher averages reaching up to four to seven times the standards and smog episode peaks hit eight to 10 times the standards. This is extremely dangerous for people suffering from asthma, other respiratory and cardiac problems and also for children and elderly.

When CSE applied the National Air Quality Index announced by the Union Ministry of Environment, Forests and Climate Change a month ago to the pollution level during November, it found that already 53 per cent of the days monitored for PM2.5 are in very poor category and 47 per cent of the days in severe category. The cocktail of pollutants can be deadly in Delhi. Without a stringent roadmap, every winter will turn back the pollution clock. Air pollution is rising steadily over the years. Every year, asthma and respiratory and other diseases will only increase. Delhi will have to take tough measures to control growing air pollution and fast.

Stringent action and emergency measures
Delhi cannot afford to fall behind when its pollution levels are rising rapidly and reaching unbearable levels. Delhi has already exhausted all soft options. Action in Delhi needs to gather momentum. CSE has released today the priority action plan that include pollution emergency action for smog episodes, short and medium term measures for more lasting and durable change to meet clean air standards in a time bound manner. These are:

• Strategy for older cars: The potential impact of banning 15 year old private vehicles is very limited. Studies have shown that the average age of personal vehicles in Delhi is much shorter – four to seven years. Therefore, variety of strategies is needed to control pollution from on-road vehicles.

• Tighten PUC, testing method and compliance: Grossly polluting vehicles can occur at any age group or vintage and these will have to be weeded out with a good inspection programme and smoky vehicle checks.

• Stringent action on visibly polluting vehicles: Smoky vehicle inspection based on spot check and on-road surveillance, high penalty and instant removal from road can make a difference inside the city as well as along the borders.

• Implement colour coding of old vehicles of pre-Euro I, Euro I and Euro II vintage and restrict their plying during smog episodes.

• Impose higher taxes on older vehicles of Euro I and Euro II vehicles.

• Implement non-motorized network plan for time bound implementation: Mandate people and cycling friendly street design guidelines and standards for all roads. These should be made mandatory for approval of road network projects in Delhi. Protect walkways and cycle tracks from encroachment and ensure safe crossing. Implement the provision of Motor Vehicle Act 1988 that bars vehicles from being parked on pavements.

• Stop farm fires in the NCR: Make paddy straw burning an offence in the region. Need stringent enforcement under the Air Act 1980 to ban farm fires. This needs be enabled with incentive and subsidy for innovative farming methods that allow mixing of the straw with the soil to act as fertilizer and avoid stubble burning; Promote alternative uses of paddy straw for power generation.

• Set up urban transport fund by tapping the revenue sources.