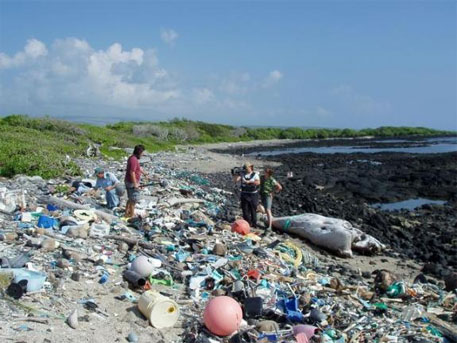 The detrimental effect of plastic on the environment has been a long debated one. Plastic debris in the waters, particularly in oceans and lakes, is a growing concern as it threatens not only marine life but also destroys mangrove forests. In a bid to save the world’s seas and oceans, leading scientists and policymakers will meet to discuss a roadmap to stop the rapid degradation of our water bodies.

The 16th Global Meeting of the Regional and Seas Conventions Action Plans (RSCAP), which opened on September 29 in Greece, will review 18 RSCAPs that have been designed to mitigate the threats and address challenges for the future conservation and sustainable use of oceans, says a press release  of the United Nations Environment Programme (UNEP).

According to UNEP estimates, the overall financial damage to the marine ecosystem caused by plastic stands at $13 billion annually. At the Regional Seas Meeting, UNEP released a report showing the multi-billion dollar losses that are being incurred by developing countries and how the loss of their carbon-rich mangroves is three to five times greater than the average rate of forest loss, the press release says.

“The widespread abuse and destruction of our ocean’s fragile ecosystems means that we now find ourselves on the brink of overstepping the ‘safe operating space’ within which irreversible environmental changes to the world’s oceans remain avoidable. The Regional Seas Conventions and Action Plans shoulder a great responsibility to stem this destruction by promoting stricter adherence by states to the existing regime of regional oceans governance,” UN under-secretary-general and UNEP executive director Achim Steiner said at the meeting, which marks the 40th anniversary of the Regional Seas Programme.

Launched in 1974 following the 1972 UN Conference on the Human Environment held in Stockholm, the Regional Seas Programme seeks the cooperation of countries to address the accelerating degradation of the world’s oceans and coastal areas through sustainable management and use of marine and coastal environment.

At the meeting, UNEP will launch another report, “The importance of mangroves: a call to action”, which outlines the critical role mangroves play as both mitigators of climate change and as highly valuable ecosystems that provide goods and services worth billions of dollars to developing economies. Other issues on the agenda include green economy for oceans and strengthening of national and regional coordination and capacities to contribute to the World Oceans Assessment, the press release says.