Will India manage to survive international pressure to save its pro-people patent law?

US continues to question India’s patent regime in its latest report. The country was kept in the category where unfavorable conditions exist for ‘innovation’ 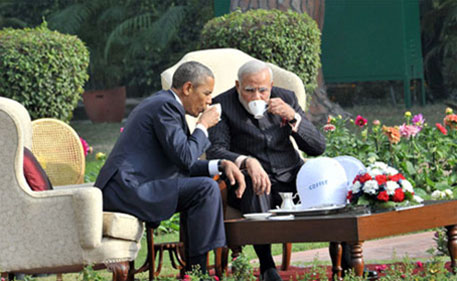 In April, US president Barack Obama wrote a piece in the Time magazine, praising Prime Minister Narendra Modi. For a few people it might have been a happy moment, but for others it was scary as they tried to read between the lines as to what exactly the Obama administration wanted from India.

The level of engagement can be gauged from another example. The United States submitted its comments to the Indian government when the latter came out with the first draft of the country’s National IPR (intellectual property rights) policy in January 2015.

Currently, the US has come out with the annual Special 301 Report for 2015 in which India remains on the priority watch list as usual. However, it praised the Indian government “for embarking on a thorough and holistic review of its IPR regime to nurture the IP (intellectual property) culture and address all facets of the IP system, including legal, administrative and enforcement infrastructure, human resources, institutional support system and international dimensions”.

Drawing attention towards the increased bilateral engagement in 2015 between the US and India, the United States Trade Representative (USTR) says that it has high expectations that the new channels for engagement created in the past will bring about substantial improvements in India’s IPR regime.

The United States has offered to work with India to achieve the goal of “IPR regime for the benefit of a broad range of innovative and creative industries”. For the US, removing Section 3(d) from the Indian patent law which denies patents for incremental innovations to avoid ever-greening of patents, is the main hurdle.

The US also wants to discourage India from granting compulsory licences. The country had given such a licence to an anti-cancer drug in 2012. This issue has been highlighted a number of times to show the Indian patent regime does not support innovation.

This year, USTR has not kept India under the Out-of-Cycle Review (OCR) as it did in 2014. However, USTR will keep monitoring the “progress over the coming months, and is prepared to take further action, if necessary”.

The Obama government conducted an OCR of India in the autumn of 2014 to evaluate US-India bilateral engagement on IPR areas of concern to the United States and its stakeholders. It was perceived as a tool to maintain ongoing and increased pressure on India. Now, it is bearing fruit.

The stand taken by trade bodies

Business associations are adding to the pressure. Recently, the Federation of Indian Chambers of Commerce and Industry (FICCI) organised a conference titled “IP as Frontline Tool for Make in India” to mark the World IP Week which witnessed a protest by health activists. The Delhi Network of Positive People and the International Treatment Preparedness Coalition organised a protest before several government officials, including Patent Controller General Rajeev Agarwal.

Protestors accused the powerful pharmaceutical lobby of patent-holding companies of pushing for change in the Indian patent regime. They accused that the lobby was backed by USTR, the European Commission, Switzerland and Japan.

According to health groups, these countries and pharmaceutical lobbies were feeling threatened by the growing technological ability of the Indian generic industry to compete globally. FICCI has also highlighted “facts”, saying the IPR regime is causing loss to innovators and to the country as well.

Along with India, USTR has kept many other countries in the same category. These countries are Algeria, Argentina, Chile, China, Ecuador, Indonesia, Kuwait, Pakistan, Russia, Thailand, Ukraine and Venezuela.