The conference ended without making any headway. Ten days of negotiations were spent in streamlining the text for the Paris agreement, causing concerns over slow progress of negotiations 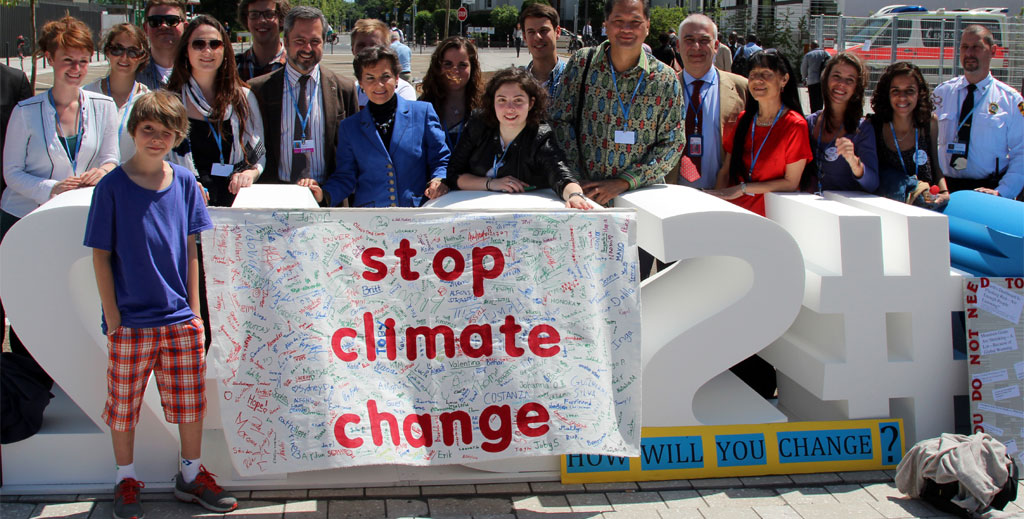 Green Climate Fund is racing to get its show on the road before COP 21
Fund members attempt to address concerns raised over its operationalisation
Author: Aruna Kumarankandath
Green Climate Fund (GCF) has been one of the most talked about topics in this year's climate change conference at Bonn. Apart from multiple side events, the GCF secretariat organised sessions to provide clarifications over many questions raised regarding the fund itself and its operationalisation.
Read More
Countries complain about slow pace of progress at Bonn
Session co-chairs reiterate the principles that will guide negotiations in the three days that remain in this ADP session
Author: Aruna Kumarankandath
The stocktaking section that took place on Monday saw more than 20 countries complain about the slow pace of progress at the Bonn climate change conference. The European Union said, "This exercise has resulted in immense amount of trust building between parties as well as between facilitators, co-chairs and the parties. However, reduction of few pages of text should not be deemed as success.
Read More
Canada, Australia questioned over low emissions reduction targets
Other developed countries kept mum as questioning progressed at the Bonn conference
Author: Aruna Kumarankandath
A scrutiny of countries' plans to reduce emissions showed the lack of ambition on the part of some developed countries during a session at the Bonn climate change conference last week. While most countries, including many nations of the European Union, have based their emissions reduction targets on 1990 levels, both Canada and Australia have set targets of 17 per cent and 13 per cent based on 2005 levels. Effectively, these targets are much lower when compared to 1990 levels.
Read More
Confusion over editing of the agreement text slowed things down during week one
With less than 15 days of negotiations left, parties at the Bonn climate change conference were urged to speed things up
Author: Aruna Kumarankandath
The first week of the Bonn climate conference started with great promise. Laurent Fabius, France's foreign minister, said, "The objective of this exercise of negotiations is to have a pre-agreement in October to ensure that we have an agreement in Paris in December." Fabius is the incoming president of the 21st meeting of the Conference of Parties (COP 21) to the United Nations Framework Convention on Climate Change (UNFCCC).
Read More
India insists on draft agreement for pre-2020 climate actions at Bonn
While the EU said it did not want a detailed discussion on pre-2020 actions, India pushed for a draft "negotiating text"
Author: Arjuna Srinidhi
The negotiations on climate change action between now and 2020 took an interesting turn last week when at least two clear proposals emerged-one from the EU and the other from the G77 and China, the group that represents the concerns of most of the developing world.
Read More
Experts stress on energy-efficient measures
Improving energy efficiency not only reduces emissions, but also increases energy savings by contributing to economic growth and social development
Author: Aruna Kumarankandath
During the second Technical Expert Meeting (TEM) on energy efficiency organised in Bonn on June 5-6 as part of the United Nations climate change conference, experts presented their ideas on energy efficiency for urban environment, especially lighting system and sustainable urban transport.
Read More
Countries pitch in for early warning systems and accurate weather projections
Workshops in Bonn focus on the development of contingency plans to tackle extreme weather events and their adverse effects on crops
Author: Arjuna Srinidhi
Taking into account the rising frequency of extreme weather events across the world and subsequent damages, the Subsidiary Body of Scientific and Technological Advice (SBSTA) organised two in-session workshops in Bonn recently. SBSTA functions under the United Nations Framework Convention on Climate Change (UNFCCC).
Read More
El Nino to disrupt rainfall, reduce crop harvests in Africa, East Asia: scientists
Extensive loss of beans, potatoes and maize are expected in parts of Kenya
Author: DTE Staff
There is bad news for farmers in Africa and East Asia as they are expected to suffer extensive crop losses. El Nino is expected to bring about extreme weather conditions, giving rise to altered rainfall patterns, scientists said during a conference on climate change in Bonn recently
Read More
Participants at Bonn climate talks keen to build on renewable energy sector
The delegate from Mali presented a model for renewable energy partnership proposal and called for worldwide cooperation and resource mobilisation
Author: Aruna Kumarankandath
Massive increase in renewable energy capacity can help countries achieve the goal of keeping global temperature rise up to 2 degrees Celsius, beyond which the consequences of climate change will be dangerous.
Read More
Bonn climate talks: developing countries say act now for ambitious climate deal
Developed countries face increasing pressure to take action in the pre-2020 period
Author: Arjuna Srinidhi
Right from the opening plenary of the Ad Hoc Working Group on the Durban Platform for Enhanced Action (ADP) on June 1, it is becoming increasingly apparent that pre-2020 ambition is going to be a key focus area in the ongoing negotiations. In his opening remarks, COP President-Designate Laurent Fabius highlighted four pillars that would underpin success in Paris-a universal, legally-binding agreement; comprehensive and ambitious INDCs; adequate and reliable finance, technology and capacity-building for implementation; and the role and contribution of non-state actors. He also drew attention to the criticality of arriving at a decision on pre-2020 action for adoption in Paris.
Read More
Great expectations from Bonn climate talks, but sticky issues need resolving
Drafting a universal climate change agreement enters critical stage of negotiations and streamlining of agreement text
Author: Arjuna Srinidhi
Negotiations over combating climate change resume today with representatives of 195 countries coming together in Bonn, Germany. The 11-day summit of the Ad Hoc Working Group on the Durban Platform for Enhanced Action (ADP) will see governments debate and arrive at some consensus over the final text of the global climate change agreement that is going to be signed in Paris in December.

While two shorter ADP sessions have been scheduled for later in the year, this round of negotiations at Bonn is critical as it is seen as the last opportunity for substantial negotiations to take place before Paris. A scenario note released by ADP co-chairs explicitly states that this is a “negotiating session”, indicating that the discussions are going to move from just recording statements of parties to actually debating, negotiating and arriving at compromises.
Read More
जलवायु परिवर्तन से जुड़ी सभी खबरें हिंदी में पढ़ें।
Sunita Narain CSE Climate Change India
SUPPORT US