India to finally get a national air quality index 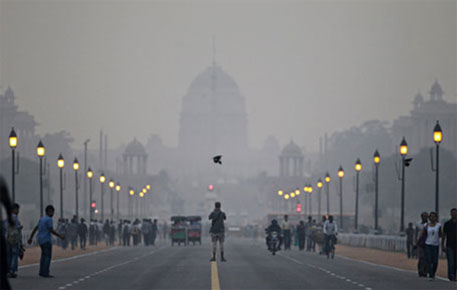 After a long wait, the Union ministry of environment and forests (MoEF) has finally released the first ever draft proposal on air quality index (AQI) and health alert for public comments. It was released by Union minister of state for environment, Prakash Javadekar, on Friday.

The Centre for Science and Environment (CSE), a Delhi non-profit that has been continuously campaigning for clean air rights of people, has welcomed the draft proposal.

CSE has also applauded the ministry’s new initiative of introducing a health advisory to inform people about the degree of severity of daily air quality and the health consequences. This can help people take precautions on days when the air quality is poor. Javadekar, while releasing the air quality index, said: “Now one number, one colour and one description will help people to understand the quality of air they are breathing.”

Said Anumita Roychowdhury, CSE’s executive director-research and advocacy and head of its air pollution team: “CSE has been demanding adoption of this programme as this can help people to understand the quality of air and the possible health effects. This is needed to demystify complex air quality data, help promote public awareness and build public pressure for effective air pollution control in cities.”

AQI is a method by which daily air quality is classified according to actual concentration of pollutants and described simply for informing people.

The index was prepared by an expert group set up by MoEF that included prominent medical doctors from leading hospitals, research bodies including IIT Kanpur, and CSE.

Key highlights of the proposed index:

How Delhi fares on proposed AQI

To test how the days in Delhi will rank once the proposed AQI is rolled out, CSE has applied the proposed index in three monitoring locations – R K Puram, Civil Lines, and Punjabi Bagh. Distribution of days ranked good, satisfactory, moderately polluted, poor, very poor, and severe varies quite widely across months, seasons and locations:

Says Roychowdhury, who was a part of the expert group which finalised the draft index: “All signs tell us that as winter is approaching, the share of days meeting standards is reducing rapidly. This is an opportunity to plan in advance with short-term effective measures to prevent severe smog during winter.”

In line with global action

India now joins the global league of countries like the US, China, Mexico, France and Hong that have implemented smog alert systems. These countries also implement pollution emergency measures to bring down the peak pollution levels. Indian cities need that roadmap as well.